It looks like popular Bachelor in Paradise alum Kevin Wendt is taking on a new role in Bachelor Nation. However, there’s a catch. Kevin’s new role will not be bringing him to the United States. Instead, his new role will leave him right in Canada where he is from. The news comes just five weeks before he and Astrid Loch welcome their first baby together. So, what is Kevin’s new job or second job rather?

Kevin went to Instagram to share he is taking on a second job. His first job of course is a firefighter. Now, his second job is actually working within Bachelor Nation, kind of. Kevin Wendt announced he is the new bartender on the premiere season of Bachelor in Paradise Canada.

This role is one held by Wells Adams in the United States. However, in Canada, Kevin will be serving up glasses of heaven to residents at Camp Paradise as they look for love. No doubt in Wells fashion, Kevin will also be dishing out some advice. He will probably also be a shoulder to vent to and cry on.

Kevin said, “Bar is OPEN!! Tonight I start my second career as a bartender/ camp counsellor/ therapist 🌹 Tune in 8pm on @city_tv 📺 And catch @astridloch and me on the after show immediately after to talk all the smack about ep 1! @bachparadiseca 🇨🇦 very proud to be part of the @rogers and @goodhumanprods family 🙏🏻.”

The first-ever episode of Bachelor in Paradise Canada aired Sunday night. To find out how to catch the drama and love stories in the United States click here. 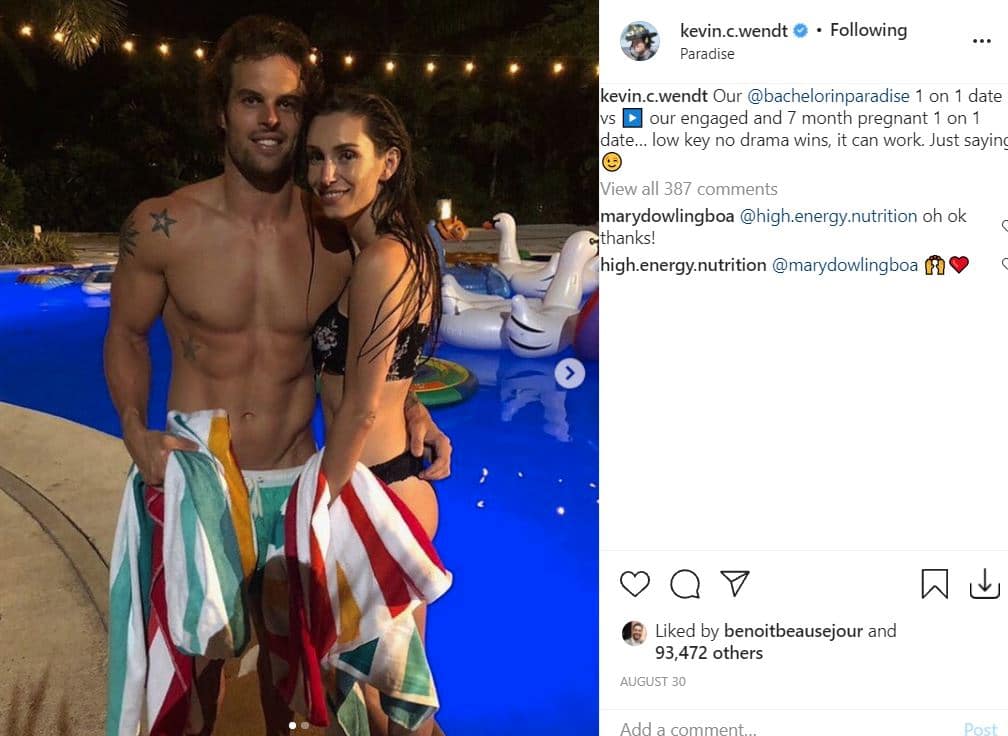 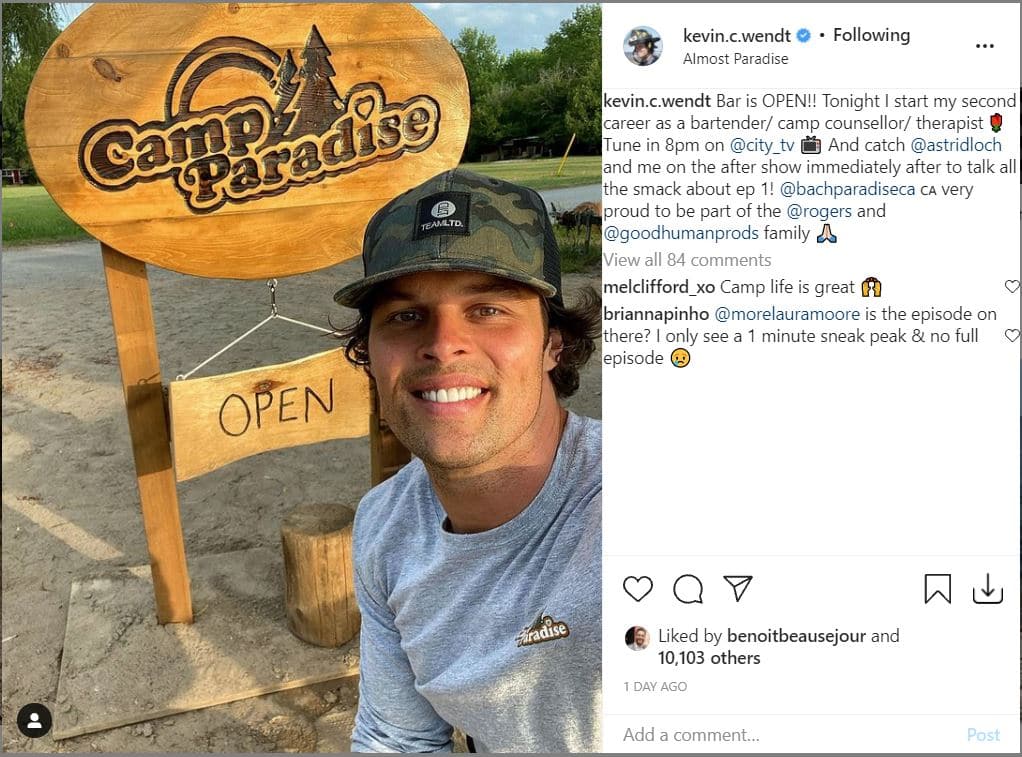 What is Bachelor in Paradise Canada all about?

There are familiar faces that will be on the Canadian of the dramatic show. Seeing Kevin as bartender is also sure to be a hit with Bachelor Nation.

Kevin and Astrid met on BIP and had to postpone their wedding multiple times. In the midst of it all, they decided to have a baby. They successfully completed IVF and Astrid is due to give birth in November 2021. The couple opted to not find out the gender before birth.