Former Counting On star Joy-Anna Forsyth has embarked on a new journey, but it may not be going as planned. On social media, the Duggar daughter revealed that she’s begun homeschooling her son, Gideon. Joy-Anna and Austin also have a daughter, Evelyn.

In her Instagram stories, she gave fans a peek into their everyday lives. In one clip, she’s talking to her phone about how she homeschools Gideon. She also tells fans about the rest of their day, as they’re planning to run errands.

Joy-Anna admits that they’re just focusing on the basics right now. Since Gideon has just started school at home, he only works for about five minutes each day. She said, “I normally try and do like five minutes a day.”

On Reddit, a Duggar Snark shared a screenshot from Joy-Anna’s story, questioning the mom’s decision to teach her son for five minutes per day. The user doesn’t think it’s a sufficient amount of time. Others are chiming in and discussing the length of Gideon’s school day.

Critics are also unhappy with Joy-Anna saying she tries to teach Gideon for five minutes per day. They think that this shows that the routine is inconsistent or that she’s not taking it seriously.

One user writes, “I don’t think it’s a huge issue that she homeschools 5 minutes a day. I actually think at this age, even just going over little things at various times of the day are more beneficial – singing ABC’s in the car, that type of thing.”

They continue, “What I do think is an issue, is that she ‘tries’ to do this daily. Time management has never been a Duggar strong suit. If she doesn’t get serious about education in the next year or so, it will be another under-educated generation.”

How old is Gideon?

Many Duggar Snarks are asking about Gideon’s age. He’s three years old and will turn four on February 23. So, he’s still pretty young. On Reddit, some users are arguing that five minutes is a good enough place to start, especially because he’s only three. They hope that Joy-Anna will continue to increase that time as he gets older and learns how to focus during the school day. 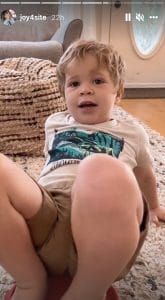 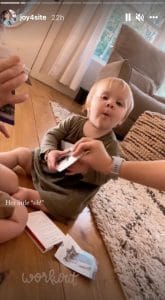 So, do you think five minutes is enough school time for a three-year-old? Or do you think Gideon could benefit from a more structured and longer routine? Let us know in the comments below.

For the latest updates about Joy-Anna Forsyth and the rest of the Duggar family, check back with TV Shows Ace.