As promised in a previous Instagram post, Brendan Morais has spoken up and issued another formal apology. This one via video on Instagram. After watching the 7 minute long video, fans can decide if he’s sincere or truthful. During the video, Brendan addresses the multiple controversies that plagued him during his time on Bachelor in Paradise. He went from loved by Bachelor Nation to basically loathed. He’s lost nearly 100k followers as a result of his actions and words. Keep reading to find out more about what Brendan has to say about it all.

In the Instagram video shared by Brendan, he starts out talking directly to Natasha Parker. He starts by saying he never meant to hurt her. Brendan continued saying he never meant to lead her on and truthfully enjoyed spending time with her. He enjoyed her “sweet, soft, kind nature” and was drawn to her gentle spirit. While he said all this he also admitted there was no romantic connection between them.

Brendan continued his apology by saying he could never have imagined the heartbreak he would cause her after only spending a handful of days together. He said he was very sorry he hurt her.

Later in the video he addressed Natasha again and said he was very immature in saying she had no prospects. He said he worded it wrong and simply meant she wasn’t talking to anyone else and no other man at the time was talking to her. He also said he was super immature for saying Natasha was getting annoying. Brendan said he was frustrated because they weren’t on the same page. 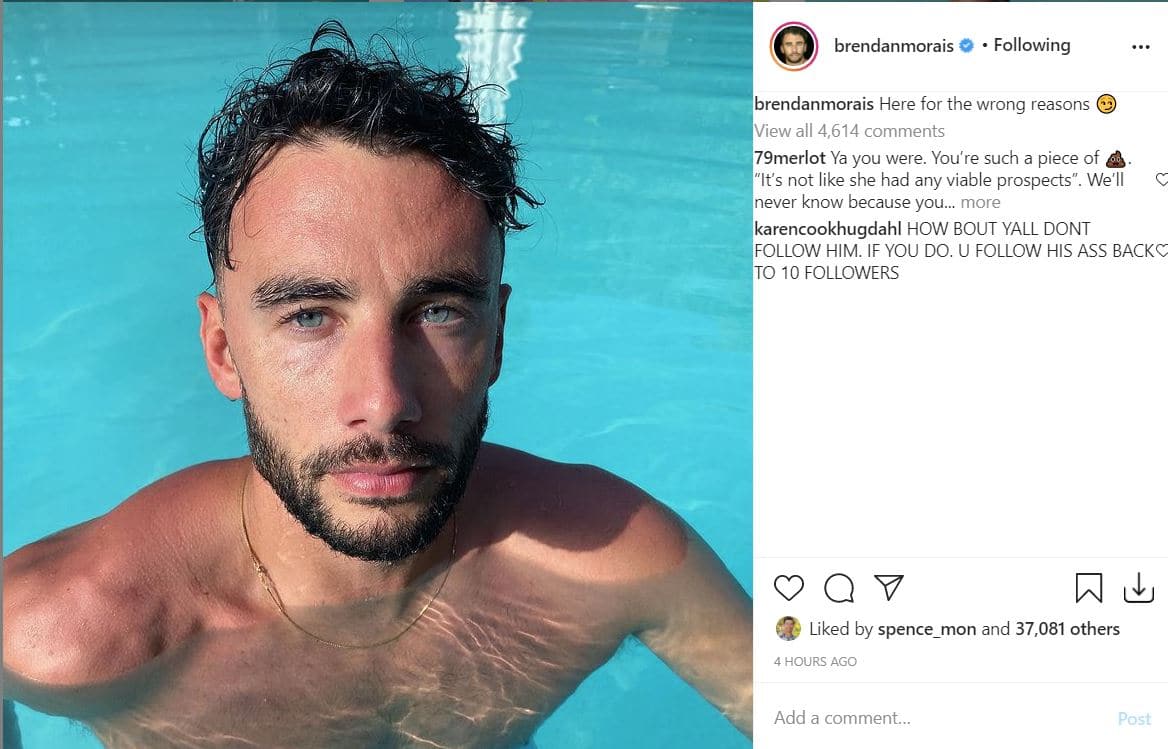 Next up, Pieper James

Brendan continued his video by saying that he and Pieper were not in an exclusive relationship prior to Paradise. He said they went to dinner and hung out with groups of friends but he never asked her to be his girlfriend. However, he did admit to telling her it would be amazing to see her in Paradise. He continued on saying she wasn’t sure if she could go or even wanted to go.

Brendan continues to be adamant that he went to BIP a single man.

He also says there was no elaborate plan between him and Pieper. Should there have been one, Brendan says things would have gone much better. He pointed out that as everyone saw things went horribly wrong in every way. 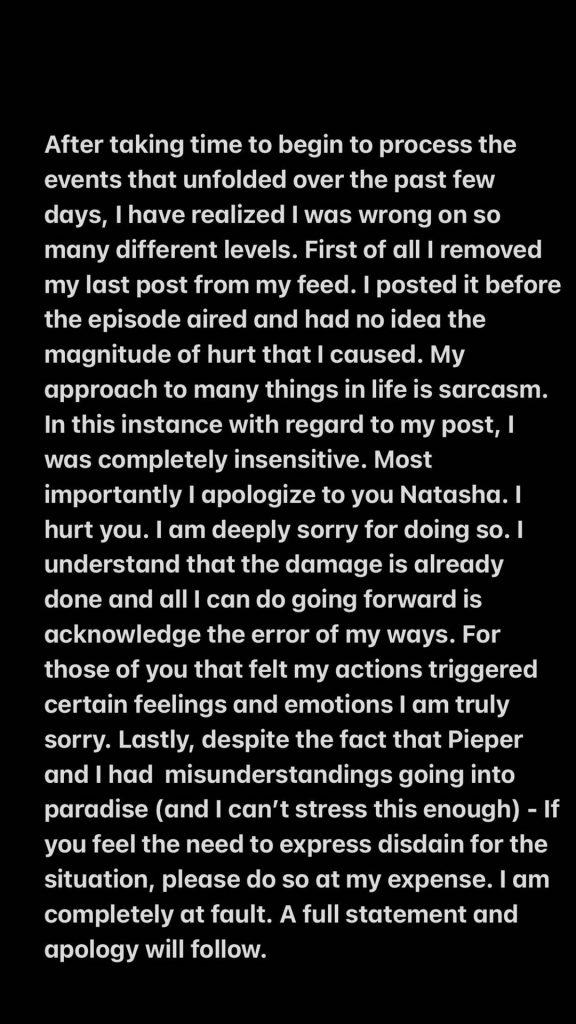 He wasn’t there for followers

Brendan also touched on the theories he was there to gain followers. He denies that and says if he was then he would have pursued a woman with a million followers instead of Pieper and Natasha.

He continued on saying once again how sorry he was to Natasha. Brendan also said he’s not looking to clear his name. He just wants everyone to know he’s acknowledging where he went wrong.

He said he is a good man and a good person who just needs to continue to grow.

What do you think about Brendan’s apology? Is he sincere?

Mama June’s Man Says It’s All Too Fast, Says He Might Not Love Her?
Lifetime’s ‘The Hammer’ Is ‘Reba’ Reunion With Stars Reba McEntire, Melissa Peterman
Maddie Brush Reveals Axel Has A Shockingly Impressive Skill
Savannah Chrisley Slaps The Sh*t Out Of Best Friend Chad
Hannah Brown Gets Unexpected Surprise On European Vacation