Looks like Geno Doak is back in the big house. Mama June Shannon’s former love has been sentenced to sixteen months in prison. While he is behind bars, June must complete one hundred hours of community service. Lucky for Doak, it could have been much worse and his sentence could have been much longer.

Mama June Cleans Up Her Life

When Mama June got her initial makeover, the world was shocked. She was no longer the frumpy mama from Here Comes Honey Boo Boo. June was slimmed down and ready for a new life. She thought she had found that with Geno. Unfortunately, drugs took hold of both of them. It destroyed their lives and her relationships with her daughters. Additionally, it led them to the poorhouse.

She was taking money from her kids and admitted to spending almost one million dollars on drugs. Back in March, June told Access Hollywood: “I would say the last year of our addiction, probably a good $900,000. So much money was sent to our dope man.” Eventually, she entered rehab with under two dollars to her name. She had lost all she had been given, including her new teeth and figure. While fans tried to figure out her status with Doak, Mama June decided to indulge in self-care. She went and got her hair done. Furthermore, she underwent a forty thousand dollar dental procedure to repair the damage inflicted upon her teeth. Mama has reconnected with her daughters and has reassured fans she will be back on television screens. Now that she is a free woman, where does that leave Geno?

According to Amber wasted no time when it came to spilling the tea. First off, Mama June and Geno are not together. June confirmed this and has already been hanging out with another guy. Yet, she wants to stay out of a relationship for the time being. As for Geno, his arrest listing was posted on a Mama June Facebook fan page. Followers began to wonder if it was the correct Geno Doak. The stats seemed off. His weight was too slim and there were not enough tattoos.

However, Mama June herself came on to the chat to verify it was indeed him. Geno was admitted to prison at the end of July. His minimum release date is November of 2022 so his exact term is standing at sixteen months. Since he was initially looking at ten years, sixteen months is a fraction of what he could have received. 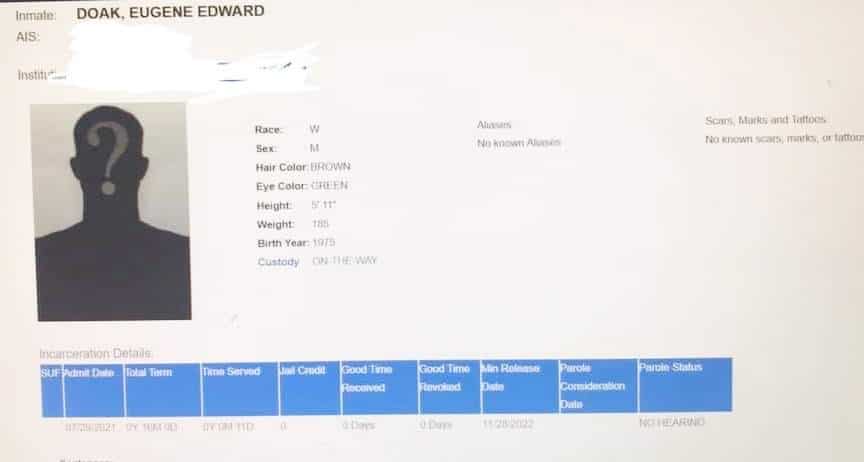 According to Amber also added the breakup between June and Geno could have been caused by the impending jail sentence. How it went down may be shown on the upcoming season of Mama June’s show. As for now, Mama is just focusing on her sobriety and her family.

Do you think Geno and June can both stay sober? Is sixteen months too long for Geno while Mama June only has community service? Let us know in the comments below.