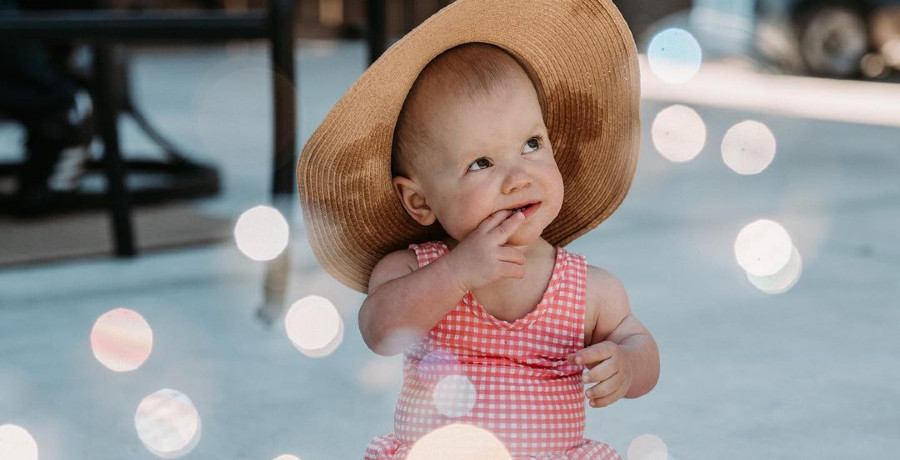 Lilah Roloff may have been a late bloomer, but she is making up for lost time by hitting milestone after milestone. Days after her mom shared a video of the tot standing unassisted, Lilah Roloff showed off her next big move.  Keep reading to watch Lilah Roloff take her first steps!

Little Lilah Roloff is hitting her development milestones a little later than other babies. During a recent episode of Little People, Big World, Tori and Zach Roloff got the news that their ‘Lilah Bean’ may need surgery. She suffers from strabismus, which basically makes her eyes cross.

The toddler currently wears glasses and sometimes an eye patch to help correct the problem. However, if neither work, the little girl may need corrective eye surgery.

In addition, she had a hard time learning to walk due to her dwarfism. Screen Rant reports that Lilah’s older brother, Jackson, was also slow to hit his milestones. The outlet further reports that Lilah needed a walker to help her walk.

But now it seems Lilah is standing (and walking) on her own two feet!

Tori Roloff recently took Jackson on a solo trip to Disneyland. Based on what Tori wrote on Instagram, they were gone for two or three days. During that time, it seems Lilah decided to surprise mom by hitting several milestones at once.

Tori Roloff shared two videos of her daughter Lilah taking her first steps. In the above video, it’s just Tori and Lilah. But in a second video, Lilah has an audience! Her older brother Jackson is in the background watching his sister.

However, it seems he loses interest, as he flops down on the floor. A few seconds later, Lilah also falls over. But before that, she took several steps all on her own. Her mom is cheering her on in the background.

Another Roloff Grandkid on the Way!

With two kids now mobile, are Zach and Tori Roloff ready for more kids? The couple was expecting a third child earlier this year. Sadly, Tori miscarried around the time she was going to announce the pregnancy.

However, last week news came that another Roloff grandchild is on the way. Jeremy and Audrey Roloff are expecting baby #3! The news came shortly after Audrey returned to Instagram after a short break. Surprisingly, she is quite far along, already sporting a baby bump.

The newest Roloff grandbaby will arrive in November.

Tori and Zach still hope to have another baby in the future.

Tune in to Little People, Big World Tuesdays on TLC for more of Lilah and Jackson Roloff.