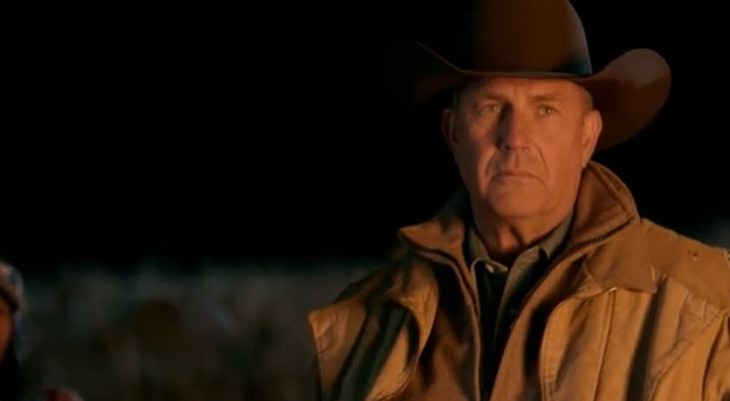 Fans have been anxiously awaiting news of Yellowstone returning for Season 4. After all, Season 3 of the hit show left fans dying to know what goes down next. Now, finally, Paramount threw out a bone to all the fans wanting to know what to expect and when to expect it. Plus, the teaser shared the first glimpses of Kevin Costner’s John Dutton and Cole Hauser’s Rip Wheeler. So, when can fans expect to see more Yellowstone?

Paramount released a huge teaser confirming that Yellowstone Season 4 was definitely coming. Yahoo! shared that while production may have been delayed a few months due to the pandemic, it started filming shortly before Season 3 ended. The video shared shows footage from Season 3 along with a caption that reads, “Revenge will be worth the wait.”

The video also revealed that Season 4 would be happening in Fall 2021. There’s not an exact release date just yet, but fans know before the year is over they will be seeing the Dutton family once more. Kevin Costner also posted a picture of his character on his Instagram that read, “Missing Yellowstone Ranch today. Can’t wait for you guys to see season 4!”

Fans went crazy and were begging to know more.

Get familiar with the Duttons

Those who haven’t watched before can binge the series and get caught up in plenty of time before Season 4 premieres. Here’s a little background information on the series that has created a frenzy nationwide. The show is known for cliffhangers and fans old and new can check out the first three seasons on Peacock.

The series is about the Dutton family. Kevin Costner is the patriarch John Dutton. He along with his children Kayce (Luke Grimes), Beth (Kelly Reilly), and Jamie (Wes Bentley) do whatever they have to in order to protect their ranch and fortune. Season 3 came to an explosive end, literally, during the finale. It concluded with a bomb and gunfire and fans are wondering who might return for Season 4.

Nothing has been confirmed yet as to who will be coming back. However, fans hope they will be seeing more of  John, Kayce, Beth, Jamie, Monica, and Rip. Regardless of who returns, fans only have to wait until the fall of 2021 to find out everyone’s fate.

Plus, it’s also been confirmed that two spin-offs of Yellowstone are in the works!

Are you excited to see Season 4?