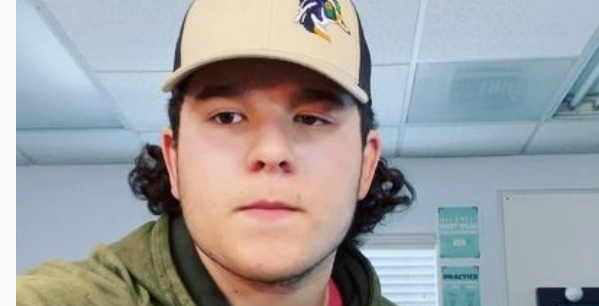 Fans are still talking about Caleb Kennedy and his abrupt exit from Season 19 of American Idol. While this is just one of several unexpected moments in the singing competition, it was probably one of the more controversial ones. Everyone seems to think that Caleb was a shoo-in to win, but he didn’t get the opportunity to see his American Idol journey to the end. Keep reading to find out why Caleb Kennedy made a shocking exit from American Idol.

Previously, TV Shows Ace reports on the fact that American Idol judges didn’t weigh in on the situation until days after the news broke. Even then, only Luke Bryan and Lionel Richie share their thoughts on the matter.

Long story short, Caleb Kennedy takes to his Instagram to release a statement on why he left American Idol. Caleb Kennedy says, “Hey y’all, this is gonna be a bit of a surprise, but I am no longer gonna be on American Idol.” Next, he goes on to take responsibility for his actions. He writes about some of his thought process about the video. “I was younger and did not think about the actions, but that’s not an excuse.”

Next, the once Idol hopeful apologizes to his fans and everyone he let down. After that, his statement seems like it takes a page out of Morgan Wallen’s book. “I’ll be taking a little time off social media to better myself.” In conclusion, he thanks his fans for supporting him.

What’s life like for the young former Idol hopeful now?

Without a doubt, life is different now for Caleb Kennedy. Recently, he speaks with the Spartanburg Herald-Journal, a newspaper local to him. He shares some insight into what life’s like now that he’s home.

On Idol, that wasn’t me. That world is so different. Now that I’m home, I try to be me, but I’m also scared of someone videoing me when I go to Academy to Wal-Mart. You have to worry about things like that now.”

However, that doesn’t stop him from performing around his hometown.
Additionally, his family shines a light on their thoughts on what happened. They let people know that the video in question was filmed with Caleb was only 12 years old. Not only that, they state that “the perception of the video was not the intending meaning behind it,” according to Cinema Blend.
What are your thoughts on Caleb Kennedy and his exit from Season 19 of American Idol? Let us know your thoughts in the comment section below. Make sure to come back to TV Shows Ace for more Idol news.