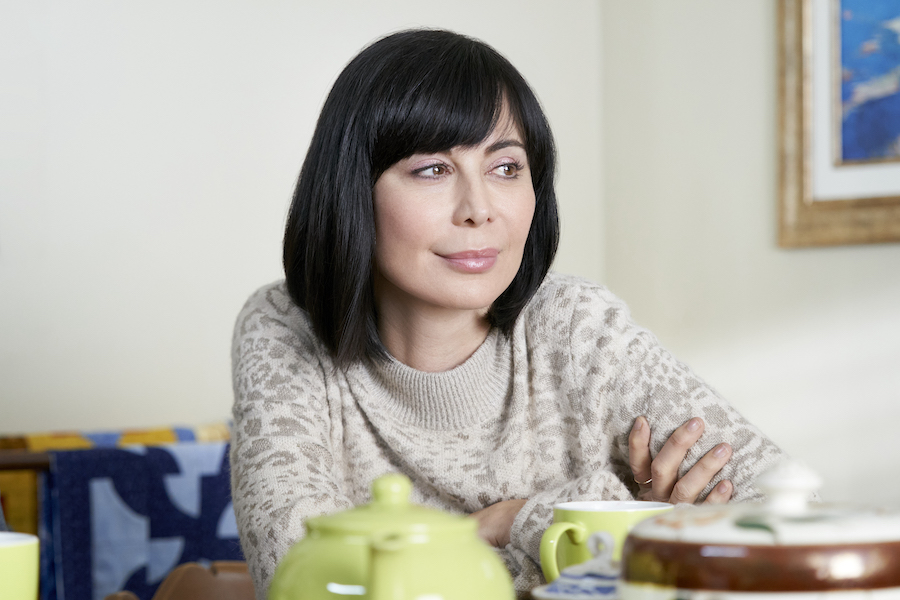 Although the Good Witch just aired Episode 7, Goodies may want to know that Hallmark will not be airing Episode 8 next Sunday. This is the Fourth of July, and the feel-good network has different programming. This is what we know about the programming and when Good Witch fans will get to see the next episode.

Hallmark is making a major programming change on Sunday, July 4. Normally, Good Witch airs on Sunday nights. However, the network has decided to forgo a new episode for a Rom-Com-A-Thon. According to CarterMatt, they believe it has to do with “live viewers.”

They contend that Goodies will be busy enjoying picnics with friends and loved ones. Instead of watching the latest Middleton happenings, they will likely be enjoying a fireworks display. However, the network needs people watching their shows live, for the sake of ratings.

Therefore, there is a small break from Middleton.

For those Hallmark fans who are staying in, why not binge some favorite movies in the popular Rom-Com-A-Thon? Why not “celebrate independence day with a declaration of love?” Starting at 9 a.m. Eastern, on the Fourth of July, Hallmark is airing a cornucopia of food-themed romance movies.

These include Lacey Chabert and Will Kemp in Love, Romance & Chocolate, and Michael Rady and Natalie Hall in You’re Bacon Me Crazy,

When Is Next Good Witch Episode Airing?

According to the official Hallmark Channel site, an all-new episode of Good Witch will air on Sunday, July 11, at 9 p.m. Eastern. This is smack-dab in the midst of Christmas in July. According to the synopsis, this episode is called “The Sprint.” In this episode, Middleton is gathering together for a very special celebration. What else is happening?

Cassie (Catherine Bell) and Sam (James Denton) are in disagreement. She doesn’t want him to return to work too early after his shoulder surgery. Cassie wants him to fully heal his injury first. Next, the competition between Flower Universe and Abigail’s (Sarah Power) business is getting fierce. Moreover, Flower Universe is using a very cutthroat tactic. Subsequently, they undercut prices. However, Abigail is not going down without a fight!

Martha (Catherine Disher) organizes a surprise to celebrate her and Tom’s (Paul Miller) wedding anniversary and all their friends pair up to get in on the fun. Meanwhile, Joy (Katherine Barrell) wrestles with her anxieties about Zoey’s (Kyana Teresa) job as a firefighter. Adam (Scott Cavalheiro) helps Stephanie (Kylee Evans) fight for a coveted spot at the L’Academie des Friandises in Paris.

In addition, the preview also shows Cassie specially using the dream board. Moreover, will she figure this mystery out?

Be sure to check out Hallmark’s RomCom weekend on July 4.