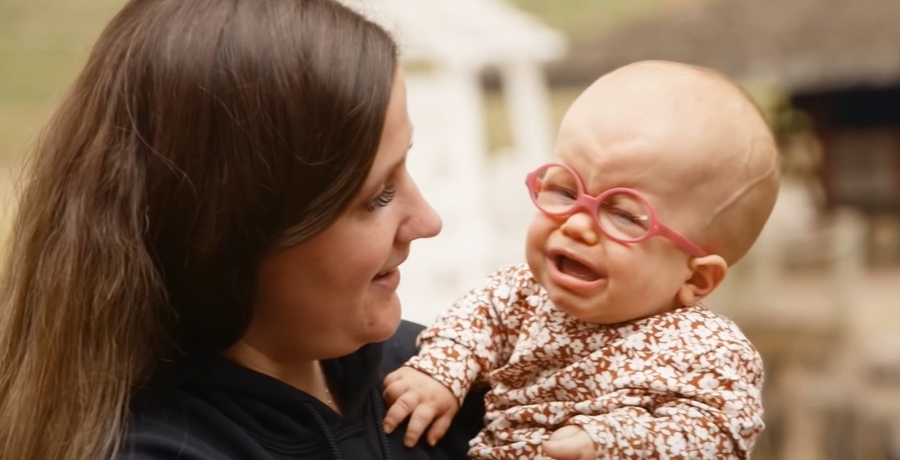 The internet slams Little People, Big World mom Tori Roloff for insensitive comments. Unfortunately, as reality television stars, their lives are in the spotlight. Consequently, people find it acceptable to say things about them. However, things may be a little more heated than normal since it has to do with Tori’s daughter, Lilah. For more details on Tori and the alleged insensitive comments, keep reading.

In the TLC trailer for Little People, Big World Tori Roloff takes Lilah over to the farm to see Zach and Jackson. Zack and Jackson are over at the farm working on chores. However, Tori doesn’t want them to miss out on seeing Lilah try on her glasses for the first time.

Adorably, Zach makes sure that Jackson is involved in helping his little sister. So, he gets to hold the glasses case while Tori puts the little pink pediatric glasses on Lilah. At first, Lilah is happy to be at the farm, but that quickly changes once the glasses are on. Initially, Lilah isn’t a fan of them.

Tori’s initial reaction is “They’re so – Oh, God.” Next, Zach says that Lilah looks cute, and Tori’s response is along the lines of “does she really?” Apparently, Tori had her reservations about Lilah’s glass. Ultimately, it seems like it was because they are pink. Tori explains that they “don’t wear a lot of colors.”

Throughout the storyline of Lilah needing glasses, there are several instances where Tori says glasses aren’t “cute.” Which could easily frustrate viewers, since being cute shouldn’t matter when they’re medically necessary. Zach and Tori are hopeful that with glasses, Lilah won’t need eye surgery in the future. As LPBW fans know, Lilah’s eyes cross and cause her to have trouble focusing on objects. This almost sounds similar to the condition Hazel Busby has.

Tori needs to get over the glasses are not cute for babies, they are to help her eyes get better not a fashion statement. I know it’s hard when your baby has something wrong or not perfect but she’s being a little much.”

Does Tori back step?

Everyone is also quick to point out that Tori backsteps on her original comments. She says, “I do think they only made her cuter. And I take back everything I thought. But they’re cute.” Apparently, all of Tori’s initial comments were based on the color of the glasses being pink.

What do you think about how Tori handles Lilah’s glasses? Do you think Tori Roloff made insensitive comments? Let us know your thoughts in the comment section below.

Make sure to come back to TV Shows Ace for more Little People, Big World  news. Tune in to TLC for new episodes Tuesdays at 9/8c.