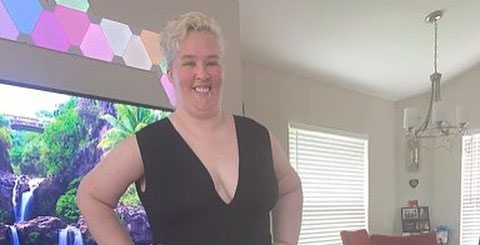 Mama June Shannon has a lot going on. However, it clearly makes for good television. The reality television star has a loyal fan base. Many of which have been with her since her Toddler & Tiara days with her daughter, Honey Boo. Since then, it has just been a series of spin-off shows for Mama June. Surprisingly, after what seems like nothing but bad situations for Mama June, she’s catching a break. Keep reading to find out more about a once-in-a-lifetime opportunity that Mama June will participate in soon.

Earlier today (June 11), Mama June breaks some exciting news to her fans. She will be presenting at the 8th Annual American Reality Television Awards (ARTAS). This announcement comes ahead of the Season Finale of Mama June: Road to Redemption. She captions her announcement with “So excited to be a presenter!! @realityawardstv”

From the looks of the list of nominees for the 8th Annual ARTAS, it is sure to be a night to remember. The categories for the award show are as follows.

Fans weigh in on this announcement

While being a presenter for ARTAS is clearly a big deal for Mama June, it’s also a big deal for her fans. With such a loyal fan base, it is clear that they just want her to succeed. This is evidenced in the comments. Many followers express their concern about the outcome of her court case. One fan writes, “This is how we know you didn’t go to prison!! I’m glad you were right!! I’m guessing Geno wasn’t so lucky!!”

Another fan clearly does their fact-checking to provide even more details about what is going on with Mama June and Geno. “On google it talks about her getting 100 hours community service and something else but NOTHING was said about Geno.”

One fan even gives Mama June some advice ahead of her presenting duties. “Talk slower. Not a slam just that you talk to [sic] fast at times.”
What do you think about Mama June Shannon presenting at the 8th Annual ARTAS? Let us know your thoughts in the comment section below. Make sure to come back to TV Shows Ace for more reality television news.