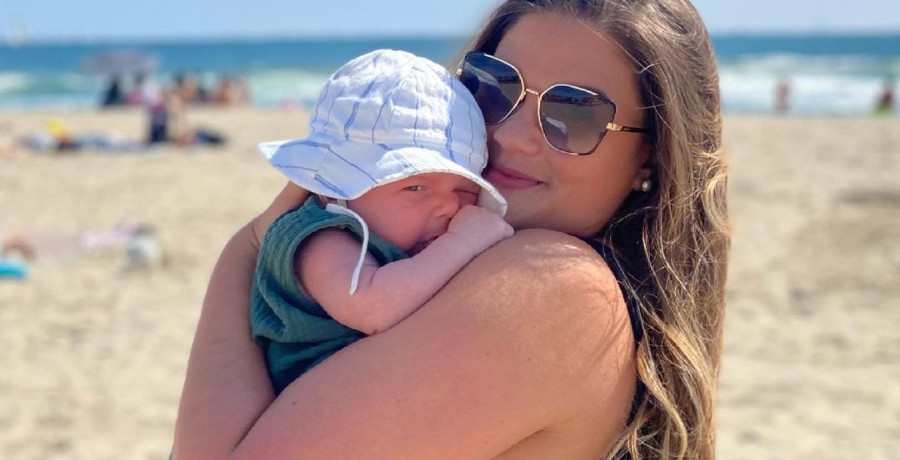 Brittany Cartwright is ready to shed her baby weight the same way she and Jax shed Vanderpump Rules. As fans of the show know, the couple will not appear in Season 9. Instead, they are focusing on their little family after “little Cauchi” Cruz Michael’s arrival. How will Brittany Cartwright start her weight loss journey?

Before, during, and after having her first child, Brittany Cartwright had to deal with internet trolls. The trolls put Brittany’s appearance in laser-focus, especially her weight. As a Kentucky native, Brittany was never ultra-thin like the other stars of Vanderpump Rules.

So, it stands to reason that she would gain more weight during her pregnancy than the other Stassi, Lala, and Scheana did during their pregnancies. Yes, four Vanderpump Rules stars were pregnant at or around the same time.

Stassi’s baby, Hartford Charlie Rose, was born back in January. Stassi was the first to announce her pregnancy in June of 2020.

Brittany had to deal with a number of internet trolls criticizing her weight gain and the size of her baby bump. They especially enjoyed comparing her bump size to the other ladies from the show.

Now that the baby is here, the trolls haven’t let up on Brittany at all. In fact, they enjoy sharing unflattering pics or photoshopped pics of the former SURver.

Brittany and Jax Taylor recently marked their son’s eight-week birthday. They both are active on social media, sharing videos and photos of their beloved Cruz.

In fact, Cruz already has his own Instagram, @littlebabycauchi. A number of photos of Cruz show up on Brittany’s personal Instagram, too, but she also discusses other topics.

Most recently, she spoke out about her plan to get back into shape.

During her time on Vanderpump Rules, viewers saw Brittany struggle as her weight fluctuated. The normally positive Southern girl clapped back at trolls several times during her pregnancy over their mean comments.

Brittany is aware of her weight gain, but she praises her body for carrying a healthy baby boy to term. She finally got the okay from her doctor to start working out. And she is determined to get her pre-baby body back. Even if she plans to have a second baby in the next few years.

She shared a video of her working out on what looks like a treadmill. It seems that the reality star plans to document her weight loss journey on her social media.

What do you think about Brittany Cartwright’s postpartum weight loss journey? Is she being too hard on herself? Share your thoughts in the comments below.

Season 9 of Vanderpump Rules is currently filming. Bravo has yet to announce an air date. Check back with us often for updates.