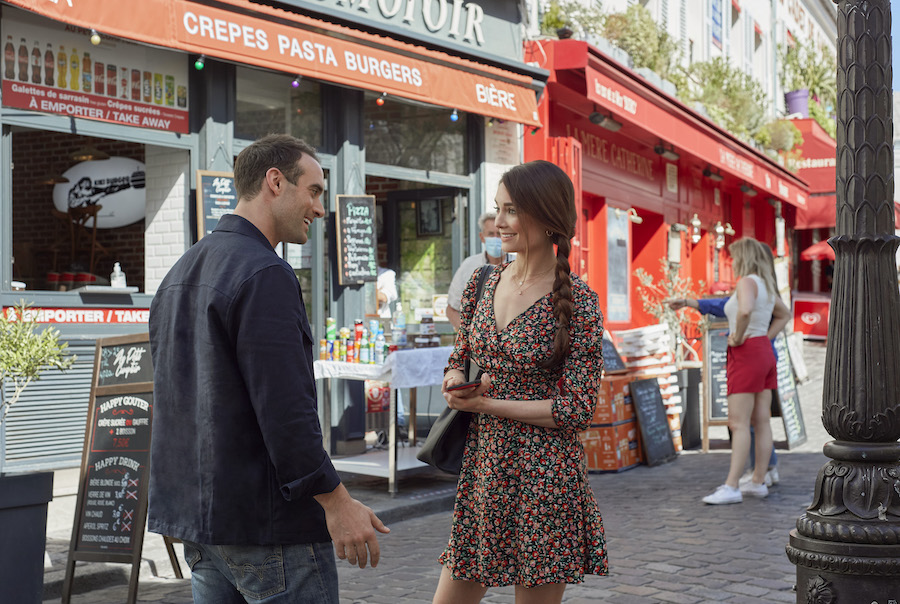 Here is the information you need to watch this new romance.

What Is Hallmark’s Her Pen Pal About?

According to the Hallmark synopsis, Victoria (Jansen) is an elite wedding planner who has a tight-knit circle of friends. Moreover, she’s looking forward to being a maid of honor at her best friend’s destination wedding in Paris.

However, when the best man, who is also her ex and the man she was supposed to marry, announces that he’s bringing a date, Victoria is shocked and a little hurt. She certainly does not want to attend the event alone!

After reconnecting with her French pen pal, Jacques (Sasse), Victoria finds herself with a new plus-one for the wedding week. As they spend time together, it becomes obvious that Jacques and Victoria’s old puppy love might bloom into something more in the City of Lights.

When Can You Watch Hallmark’s Her Pen Pal?

On premiere night, be sure to hop on Twitter. Members of the cast, Hallmark, and other viewers will be live.tweeting throughout the premiere. This is a lot of fun. Ask questions, learn fun tips and feel like you are watching Your Pen Pal with your best pals.

Yes, Hallmark is reuniting Madalena and Galavant in Her Pen Pal. Mallory Jansen played the beautiful protagonist Madalena in the cult series Galavant. Joshua Sasse was the lead hero, Galavant. In the show, the two were in love, and he tries to stop her from marrying King Richard.

In a grand romantic gesture, Galavant tried to stop this wedding. But, having grown up poor and with no social status, Madalena rejected that love and proceeded to become Queen. It is safe to say, this Hallmark romance won’t do anything this cruel to viewers. Romantics should feel satisfied by the end of the movie.

Starting on June 5, Hallmark is airing their Summer Nights movies. Be sure to check with the network to see new movies, In addition to Her Pen Pal, be sure to watch You Had Me At Aloha, The Baker’s Son, and Sand Dollar Cove. Whether visiting Paris, Hawaii, a magical island or, an East Coast town, there are heartwarming stories of love and positivity.

Be sure to catch the premiere of Her Pen Pal on Saturday, June 19, at 9 p.m. Eastern, on the Hallmark Channel.