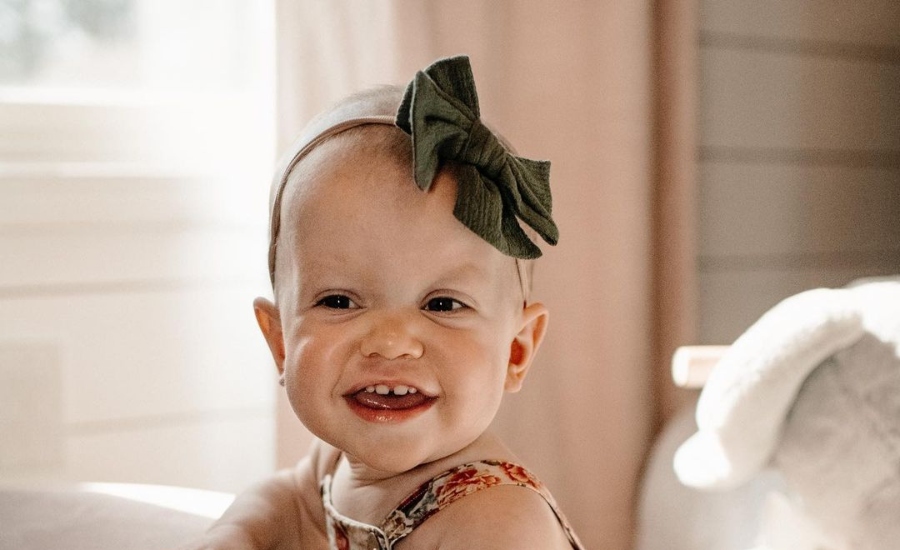 As TV Shows Ace previously reports, Little People, Big World Zach and Tori Roloff seem to be enjoying a nice family vacation with their kids, Jackson and Lilah. From the looks of one of Tori’s Instagram Stories, the family time isn’t the only thing that the adorable Lilah is enjoying. Apparently, she likes her snacks seasoned with a little bit of dirt. Keep reading for more information about the Roloff family vacation.

It is no surprise to Little People, Big World fans that Tori Roloff enjoys being outdoors and she often brings her children with her. So much so that she recently tells fans to literally “take a hike.” She encourages people to get outside and enjoy the outdoors.

Earlier, TV Shows Ace shares details about Zach and Tori’s current family vacation. On this outing, Zach and Jackson try their hands at fishing. During this time, Lilah seems to prefer watching her dad and brother while enjoying snacks. Which, Lilah enjoying snacks seems to be a recurring theme for this family lake trip.

The photo Tori Roloff captures of her daughter is beyond adorable. Lilah is squated down in the dirt next to what looks like a dumped out bag of Cheez-its. It also appears that there is a lot of dirt on her hands, and noticeable dirt around her mouth. Anyone that’s spent time around a toddler knows that this is a pretty clear indication that the kiddo has ingested some dirt.

While the whole story isn’t captured in this screenshot, Tori does write “And lots of dirt.” It’s only assumable that Lilah’s had a lot of snacks and dirt to eat. However, Tori also shares, “Don’t worry. Murphy ate the ones that fell out of the bag.” So, that’s a little less dirt that Lilah ingests.

While this photo is more candid than some of the other’s Tori has on her Instagram, it is just as adorable. It’s not surprising that Tori has great photos of her children since she is a photographer. She recently does a summer photo shoot with Jackson and Lilah. The photos turn out amazing. She captions the series of photos with, “Give me allllll the summer vibes!”