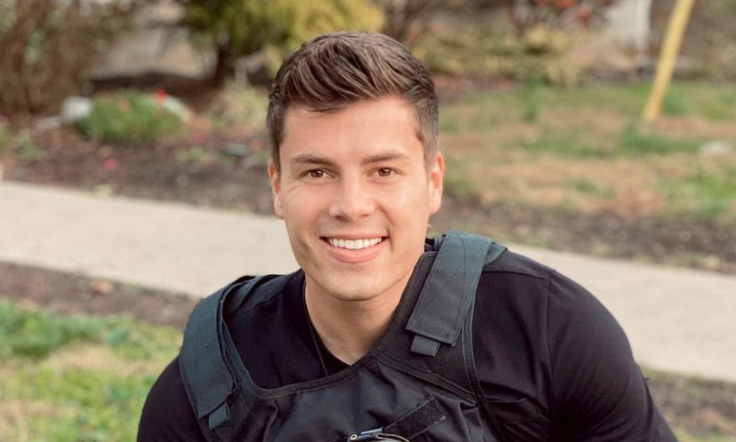 UPtv’s Bringing Up Bates star Lawson Bates and his girlfriend Tiffany Espensen are loving life together. On social media, they often share photos of themselves together. It looks like they spend lots of time with one another. Recently, they even traveled to San Diego, California to soak up some sunshine. Fans love the couple and think they’re a great pair. So, whenever Lawson and Tiffany share new photos on social media, they get lots of positive attention.

This week, Lawson shared another photo from their San Diego trip and gave fans a hint at what he and Tiffany love to do together. The photo features both of them standing on the beach as the sun sets in the background.

In his caption, Lawson writes, “My new favorite hobby = chasing sunsets with you.” Tiffany responds, “You’re my golden hour.” On her own page, Tiffany shared the same photo and wrote, “You’re an answer to all my prayers, I’m so thankful for you.”

Based on their photos of their travels, it looks like that’s another hobby they share. As their relationship grows, fans hope to learn more about them and what they enjoy doing together.

What we know about Lawson Bates & Tiffany Espensen’s relationship

Lawson and Tiffany have been “Instagram official” since February, but it’s likely they started dating before that since they seem to be pretty serious. In a recent vlog from Evan Stewart, Lawson’s brother-in-law, he mentioned he’s been talking to Tiffany for seven months. They have shared lots of sweet photos on social media together and have taken time to answer fans’ questions during Instagram story Q&A sessions.

Fans are already begging the pair to get married. Even Kelly Jo Bates is asking her son to pop the question. While this may happen in the future, this is already a busy year for Bates’ engagements and weddings. Katie Bates and Travis Clark will tie the knot in December. Esther Keyes and Nathan Bates got engaged last weekend.

Carlin Bates Stewart previously hinted at “multiple” weddings in 2021, so it’s possible that Lawson and Tiffany will join that lineup.

So, what do you think of the new photo of Tiffany Espensen and Lawson Bates? Do you love to get a peek into their lives? Let us know in the comments below.

For more updates about the Bates family, check back with TV Shows Ace. Don’t miss new episodes of Bringing Up Bates Thursdays on UPtv.