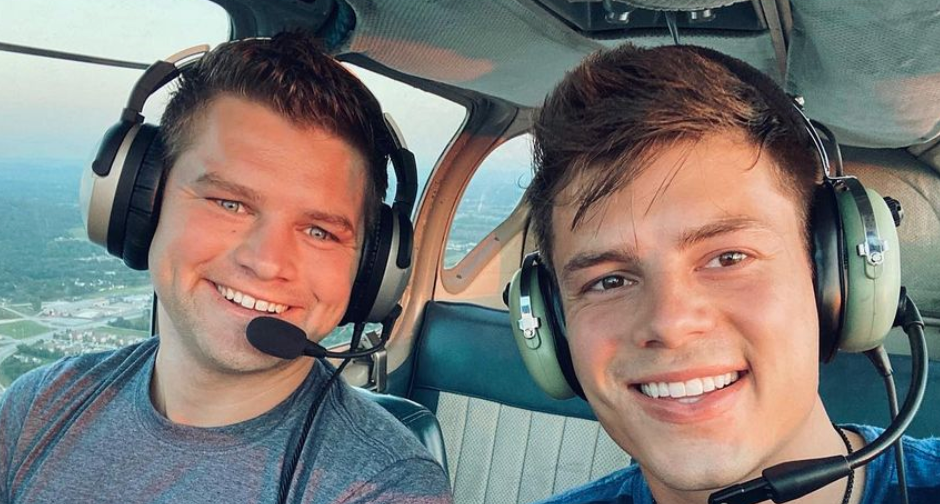 Bringing Up Bates mom Kelly Jo Bates is eager for one of her kids to tie the knot soon. Several of the Bates kids are courting, so it’s only a matter of time before we hear wedding bells.

Kelly Jo is clearly looking forward to gaining a new daughter-in-law soon. On Instagram, Lawson Bates and Tiffany Espensen hosted a Q&A session. As they were answering questions, one about them getting married rolled in. Now, fans often ask about the couple’s future, so it’s not odd for them to receive this question. But this time, it didn’t come from a fan.

Lawson reveals that his mom sent the question in. In response to the question, Lawson wrote, “Hi @thebatesfam. Glad you’re feeling well today.” He and Tiffany also answered it in a quick video. He says, “Hi mom, how are you doing?” In the background, Tiffany says, “Hi! We love you so much.” Noticeably, they didn’t answer the question. So, either they are keeping things under wraps for now, or they are simply enjoying dating and aren’t too worried about an engagement and wedding.

Kelly Jo then reposted the photo on her own Instagram page and wrote, “@lawbates was with @tiffypics asking for questions, so I sent mine in. Notice how they avoid this question! C’mon guys, it’s a legitimate question!” 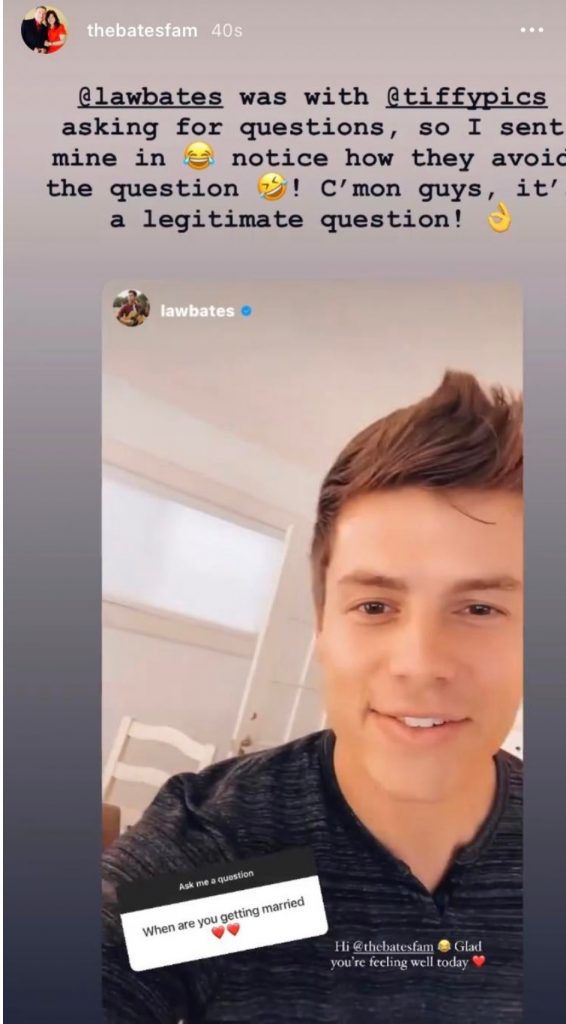 Which Bates kids are courting?

Lawson and Tiffany first went public with their relationship in February. It’s unclear how long they’ve known each other and officially been dating though. In one of Carlin Bates and Evan Stewart’s YouTube videos last month, he said they had been “talking” for seven months.

Nathan Bates and Esther Keyes are also in a pretty serious relationship. It’s possible that the pair is already engaged, but they could be keeping that private due to an agreement with UPtv.

So, do you think Nathan or Lawson will get married first? It looks like Kelly Jo Bates is eager to welcome a daughter-in-law to the family soon no matter who it is.

For more updates about the Bates family, check back with TV Shows Ace.  Don’t miss new episodes on UPtv every Thursday.