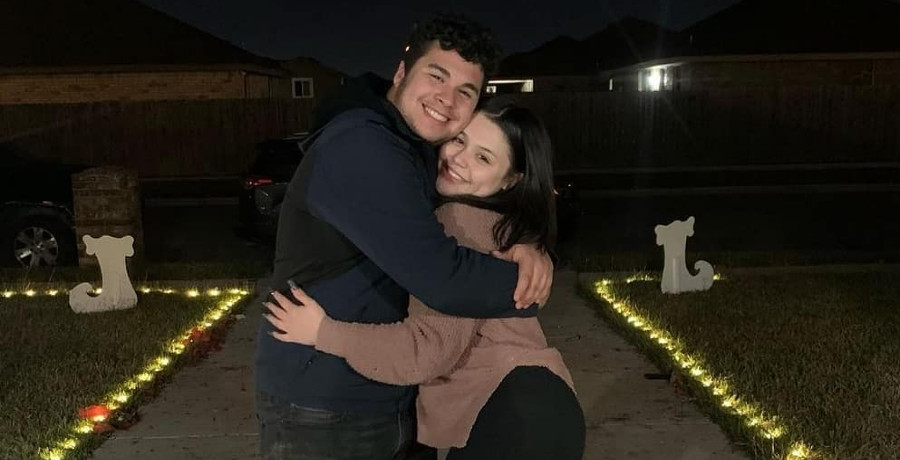 Did Ethan Ybarra and Myrka Cantu breakup? The Unexpected couple speaks out about the rumors surrounding their relationship.

TLC viewers first met Myrka Cantu and Ethan Ybarra on the teen pregnancy show Unexpected. When Myrka was just 15-years-old, she found out she was pregnant with Ethan’s baby. The high schoolers decided to keep the baby. Attalie turns one sometime this year.

However, her birth just played out on Season 4 of the reality show.

As young, TV-famous parents, Myrka and Ethan face questions about their relationship constantly. During a Q&A last month, she confirmed they were still together. However, between that Q&A and this weekend, the couple went their separate ways.

Yes, Myrka Cantu & Ethan Ybarra have broken up. What happened?

Instagram account @tlc.unexpectedteaa received a screenshot of an alleged message between Myrka Cantu and an unnamed person. In the message, Myrka allegedly wrote that Ethan “tried to hit” her during an argument over getting a bottle ready for their daughter. In the screenshot, the message purportedly from Myrka also called her baby daddy a “dead beat.”

After seeing the screenshot, Myrka Cantu took to her own Instagram Stories to flat-out deny sending the message in question. She wrote that it was photoshopped and not real.

She made it clear that she would never put Attalie’s father down like that. The original message has since been deleted from @tlc.unexpectedteaa. They replaced it with a screenshot of Myrka Cantu’s denial. We snagged a screenshot from Mykra Cantu’s Instagram.

While Myrka Cantu didn’t explicitly confirm the split, Ethan did on his own Instagram. As with Myrka, he denied that any type of domestic violence went down. Nor did either cheat, he wrote.

He did, however, confirm that they are “no longer together.” Furthermore, he asked for “privacy” and “respect” from fans.

Did the Split Happen During Tell-All Finale?

Last week’s part one of the Unexpected Tell-All was an emotional one for Myrka and Ethan. They confronted Ethan’s mom, Michelle, for kicking them out of the family home. Ethan also broke down over his parents splitting up.

The second part of the Tell-All airs on May 17th. Could the break-up happen during the dramatic finale? Unlikely, considering Myrka Cantu said repeatedly that they were still together, at least up until this weekend.

Could jealousy have played a role in the split? Possibly. Myrka Cantu has been working with a personal trainer to get her pre-baby body back. Check out this snap she shared of her progress on her Instagram. Breakups look good on her!

Does it surprise you that Myrka and Ethan split up? Will they get back together? Share your thoughts in the comments below.

Don’t miss the Unexpected Season 4 finale on Monday, May 14.