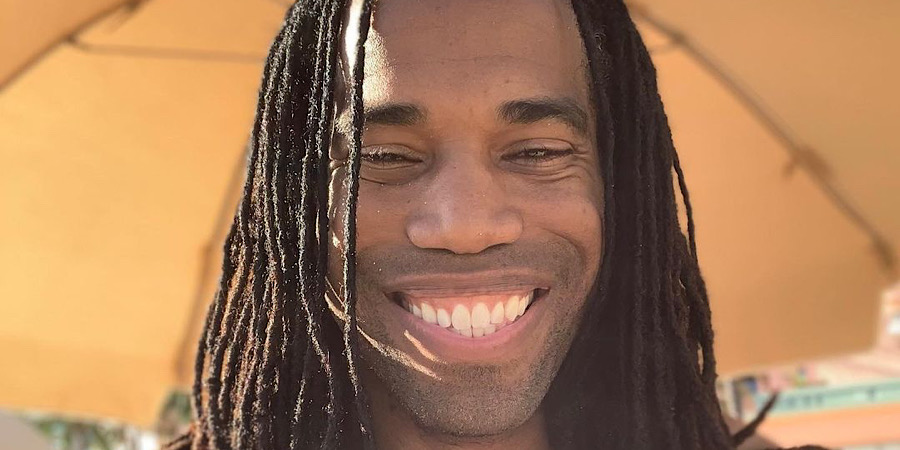 SURPRISE. In a shocking turn of events, Seeking Sister Wife star Dimitri Snowden has filed for divorce from Christeline Petersen. The couple has been together for a little over a year. They are currently being featured on Season 3 of the hit TLC/discovery+ series. The divorce comes on the heels of Petersen accusing the Snowdens of domestic abuse. This divorce news is just as shocking as finding out there was a marriage.

Viewers met Dimitri and his wife Ashley on Season 1 of Seeking Sister Wife on their quest for a second wife. Sadly, they did not find love in round one. Fortunately, they returned for Season 2 with Vanessa Cobbs who vibed well with the couple and their children. The Snowdens eventually invited her to move with them to California and become a sister wife. Finally, Dimitri ended up proposing on the beach and they wed in a lavish ceremony on the finale.

Unfortunately, after the tell-all, Cobbs left the family and moved to Australia. Not much insight is known about her departure other than it was not the right fit. By Season 3, Dimitri claimed Vanessa ended things via text. Feeling enough time had passed, he and Ashley started courting two new potential sister wives, one being Christeline.

Her first visit went extremely well so she returned with her two children the day before the international travel ban. She lasted through quarantine and Dimitri’s financial struggles due to COVID. Sadly, their relationship took a turn no one expected and has now led them to divorce.

Dimitri Files For His Second Divorce

Legally, Dimitri and Ashley have a spiritual union, not a marriage. He was married once before to Musawenkosi Ndlovu but that ended in 2011. This was around the time he got involved with Ashley apparently because he wanted a plural marriage. His marriage to Vanessa spiritual, as well. But, he chose to legally marry Christeline, a move no one expected.

Some suspected the two had legally tied the knot and believed it was to keep her in America. On the restraining order, Dimitri is listed as Christeline’s husband/domestic partner. Yet no one had seen a marriage license. Therefore, it was still just speculation. That is until today when TMZ reported Dimitri filed for divorce from Petersen.

Again, it is not clear when or why they tied the knot. Either way, the marriage is over and the scandal definitely did not help.

Did it surprise you to learn they have a legal marriage? Let us know in the comments and do not forget to watch new episodes of Seeking Sister Wife every Monday on TLC and discovery+.

Chase Chrisley Loses Bet To Savannah, See His Walk Of Shame
Wendy Williams’ Friends Can No Longer Keep Up Facade, She’s Not Ok?
’90 Day Fiance’: The Real Reason Behind Mark & Nikki’s Divorce
Lauren Bushnell Lane Gets Emotional About ‘Solo’ Parenting
Janelle & Savanah Brown Jet Off On Trip: Where Are They Headed?