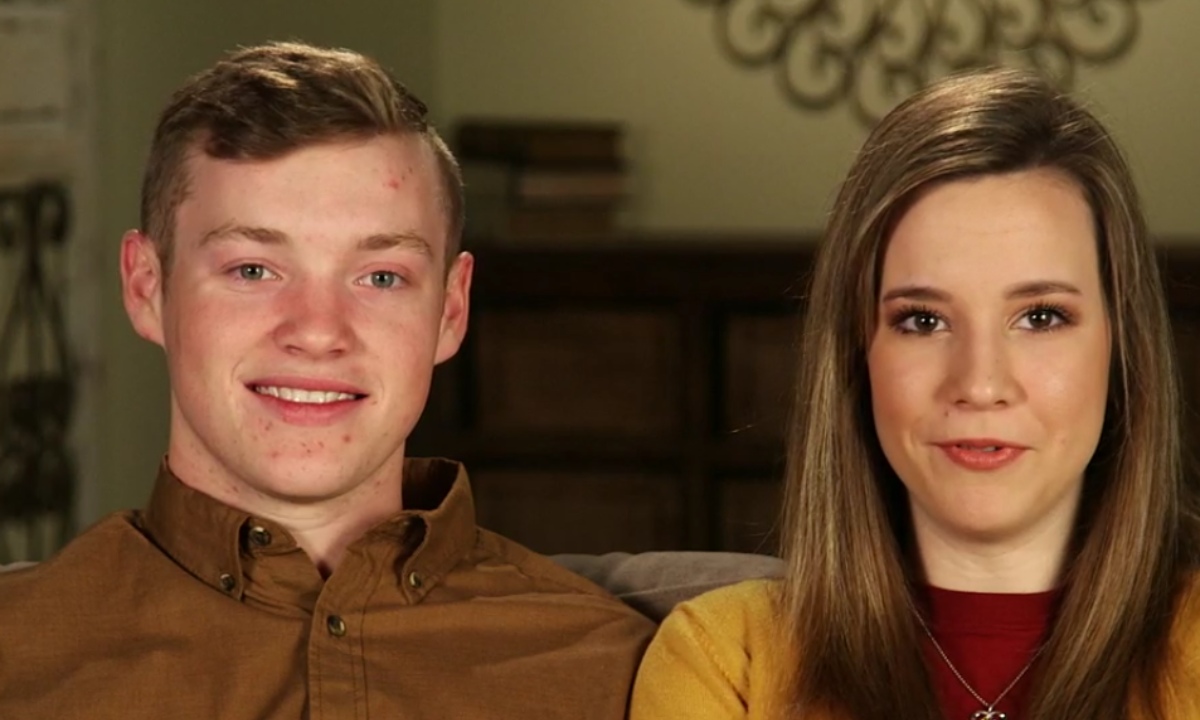 It looks like Justin and Claire Duggar might be getting ready to grow their little family. As of right now, the pair hasn’t announced that they’re expecting, but it’s possible that they will in the near future. A sleuth on Reddit noticed a sign that the couple is planning for their future.

Claire and Justin tied the knot in February. Since they’ve been married for three months, fans are beginning to wonder if they are pregnant or if they will be soon.

Justin & Claire Duggar might be planning on having a family soon.

On Reddit, a user shared a couple of screenshots from Claire’s Instagram page. Notably, Claire is following Keilen Corner, which is Michael and Brandon Keilen’s online store. Michael is a Bates daughter and the Duggar and Bates families are close. So, it shouldn’t be too much of a surprise that Claire is supporting the shop. But what Brandon and Michael sell is rather interesting.

Most of the items for sale in Brandon and Michael’s shop are baby items, as the Reddit user mentions. Though the original poster calls this a stretch, others chime in and say that it’s not too far off.

One user writes, “Not a stretch at all. They’re been married 2.5 months. If she isn’t pregnant yet, it’ll happen any day now.”

So, this shouldn’t be taken as proof that Claire is already pregnant, but she may be very soon.

This is 100% a stretch but I usually go through the Duggar’s followers and noticed Claire recently (like a day or two ago) followed keilen corner aka Michael (Bates) and her husband’s business and the majority of what they sell is baby items. 🤔🤔🤔 from DuggarsSnark

There could be another explanation for her following the account.

There are plenty of other reasons that Claire could have decided to follow the account. Perhaps she’s shopping for a baby gift for one of her sisters-in-law. Both Anna and Jessa are expecting babies soon, and more Duggar grandchildren could be on the way soon too.

Claire could have decided to follow the page to show some support as well. As mentioned, the Bates and Duggars have known each other for years, so it’s possible she’s trying to show that she cares about them and their business.

Justin and Claire might just be getting ready to start a family and are slowly collecting baby items as they find cute shops. Plus, just because Claire followed the page doesn’t mean that she’s going to make a purchase right now.

So, do you think Justin and Claire Duggar will be starting their family soon? Or do you think Claire followed the page for another reason? Let us know in the comments below.