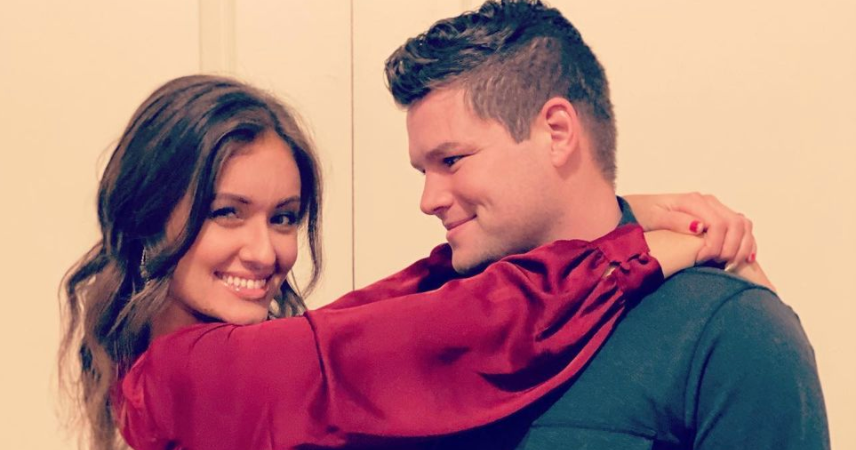 Bringing Up Bates stars Nathan Bates and Esther Keyes are sharing gorgeous new photos of themselves. Esther reveals that the photos were taken at a “beautiful wedding.” See the pictures of the sweet couple here.

On Instagram, Esther shared a few photos of herself and Nathan all dressed up. It looks like the pair attended Jedidiah Duggar and Katey Nakatsu’s wedding over the weekend. In her caption, the Bates girlfriend writes, “Finally getting around to posting some photos from this beautiful wedding! Congratulations to the happy couple!!🤍 @natebates93 you make me so proud to be your wedding date💓”

Bringing Up Bates fans think that Esther and Nathan look great in their wedding guest attire. Esther wears a pink dress while Nathan chose a button-down shirt and khakis.

You can see all of the photos Esther shared from the wedding here.

Are they already married?

Fans were previously wondering if Nathan and Esther had tied the knot. The pair wears rings on their ring fingers, which prompted the wedding rumors. It looks like they are either wearing purity rings or promise rings though. Purity rings are a sign of a commitment to stay “pure” until marriage. Promise rings are a sign of commitment that can come prior to an engagement. Typically, women wear purity and promise rings, but Nathan is wearing one too. They haven’t stated what the meaning of their rings is.

As far as the Bates family has shared publicly, Nathan and Esther aren’t engaged at this point. Of course, thanks to possible agreements with UPtv, the couple may be keeping a big announcement, like an engagement, a secret for now. This would be good for views on the family’s show. Or they could be taking things slow and waiting to get married. They do seem to be pretty serious, and fans assume that they will get married soon enough.

A different Bates kid announced their engagement on Thursday, April 8. But there are a couple of others who could be getting married in the near future too.

So, what do you think of the new photos of Nathan Bates and Esther Keyes? Do you think they will be tying the knot soon? Let us know in the comments below.