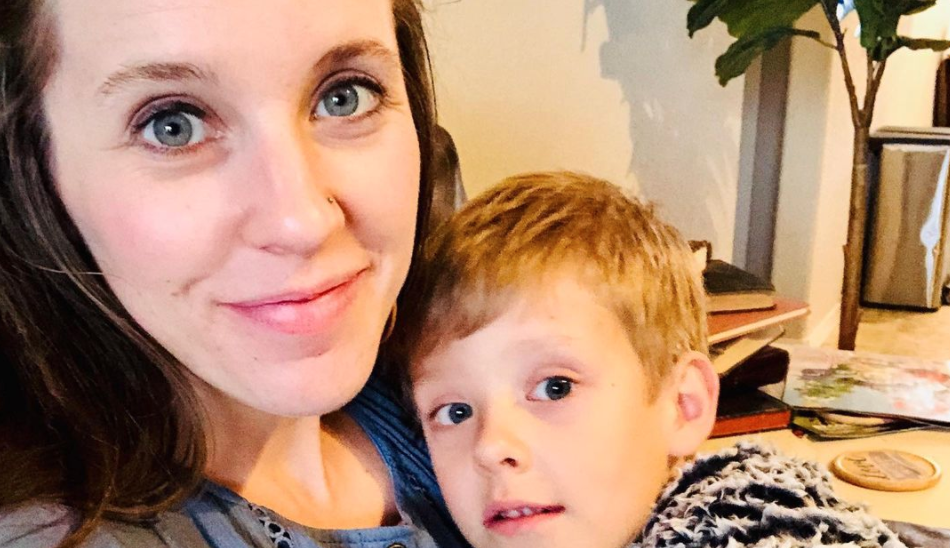 On Tuesday, April 6, Jill Duggar and Derick Dillard’s son Israel celebrated his birthday. Israel is the eldest of Jill and Derick’s two children. Their other son, Samuel, will turn four in July.

On social media, Jill shared about her son’s birthday and talked about all of the special plans he has come up with for the day. In response, she’s being praised for the way she’s raising her kids and celebrating them on their special days.

On Instagram, Jill shared a photo of her sons hugging each other. The photo comes from their recent family photo shoot.

In her post, Jill writes, “So far, he has already had his favorite cereal for breakfast, 📻heard his birthday announced on the radio, 🎁opened presents and 🎂given orders on birthday cake specifics lol.”

Jill adds, “He is such a good big brother and we’ve seen him mature so much in the last year that it makes me wish time would just slow down a little!!”

According to Jill, Israel is pretty tall. Compared to how tall his dad Derick and his uncle Dan Dillard were at this age, Israel has already passed them up. Jill assumes he will be pretty tall when he’s fully grown.

Israel’s birthday is different from the Duggar kids’ birthdays

On Reddit, critics of the Duggar family are talking about how Israel’s birthday post doesn’t seem “generic.” In the past, Michelle and Jim Bob have been criticized for how they approach their kids’ birthdays. Fans and critics argue that Jim Bob and Michelle don’t truly know their 19 children, as well as their spouses and children. They think that the birthday wishes aren’t very well personalized for each of the kids. In some cases, the family completely misses social media posts on birthdays. For example, the Duggars didn’t share a birthday post on social media for Jana and John-David this year.

One critic comments on Jill making Israel a special cake, saying, “I love that they made a personalized, homemade cake. When have the Duggars ever shown that much care and individuality?”

Another Reddit user writes, “Jill maybe have had some pretty big slip ups in the beginning but she is trying her best to be a good mom and I’m here for it. You go Jill, treat your son like a human and not a number!”

So, what do you think of Jill Dillard’s birthday celebration for Israel? Do you think it’s different from the birthdays that Jill and her siblings have had? Let us know in the comments below.