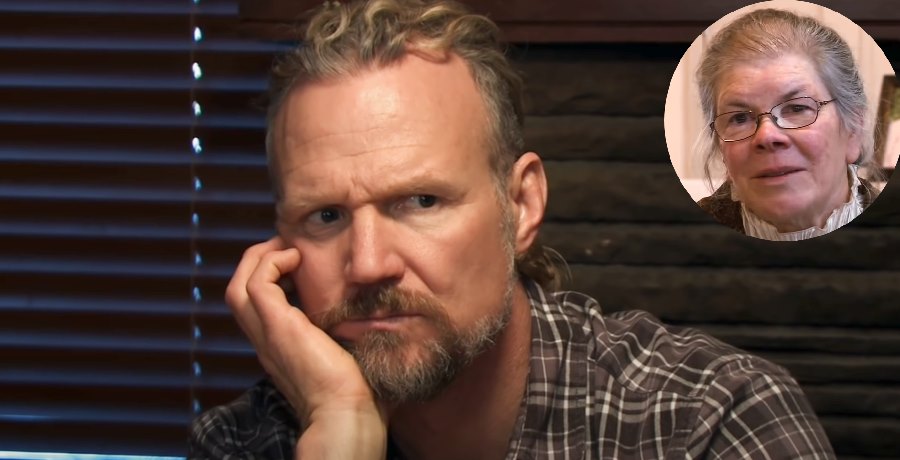 Sadly, just 17 days after her 76th birthday, Sister Wives Meri Brown’s mother, Bonnie Ahlstrom, passes away. Grandma Bonnie is loved by many. This includes countless grandchildren and visitors to Meri’s bed and breakfast, Lizzie’s Heritage Inn. Some fans express concern when they didn’t see certain family members pay their condolences to the matriarch. Notably, people are quick to call out Kody Brown for not sharing his condolences. Keep reading to find out what Kody has to say about his mother-in-law’s passing.

On March 26th Sister Wives Meri Brown shares some devastating news. At this time, there are no details about what happened. However, on her Instagram, Meri shares some nondescript details. “She left us suddenly, unexpected, and extremely way too soon and I literally don’t know how I’m going to do the rest of my life without her,” writes the heartbroken daughter.

TV Shows Ace goes on to report that there is growing concern among the Sister Wives community that some family members hadn’t mentioned the untimely death on their social media. At the time of this report, Kody, Christine, nor Robyn had made any mention of their condolences. However, a few days later, Kody takes to Twitter to share his feelings.

Two days after Sister Wives Meri announces the unexpected death of her mother, Kody finally takes to Twitter to share his feelings on the loss. This occurs while he was tweeting along with the most recent episode of the show. “Missing Grandma Bonnie now. So sad,” begins Kody. “I love seeing her here on the show. Rest In Peace Grandma!” He goes on to share a sweet sentiment about his mother-in-law. “I will miss your kind way, smile and wisdom. Your passing breaks my heart. ‘Heaven is nearly full’,” tweets the Sister Wives patriarch.

Missing Grandma Bonnie now. So sad. I love seeing her here on the show. Rest In Peace Grandma! I will miss your kind way, smile and wisdom. Your passing breaks my heart. “Heaven is nearly full.”#SisterWives

Later, Kody Brown responds to a question about his tweet. One follower writes, “May she Rest in Peace.” The follower goes on to ask, “What does Heaven is nearly full mean?” Luckily, Kody takes the time to explain the saying. “That someone is so special as to almost fill it. Not logic, but a comment of honor,” shares Kody. “When a man dies they say ‘Valhalla is almost filled.'”

That someone is so special as to almost fill it. Not logic, but a comment of honor. When a great man dies they say “Valhalla is almost filled”.#SisterWives https://t.co/cQRTFGwgLN

Are you shocked that it took Kody so long to give his condolences on Meri’s mom’s death on social media? Let us know in the comment section below. Come back to TV Shows Ace for more Sister Wives news.