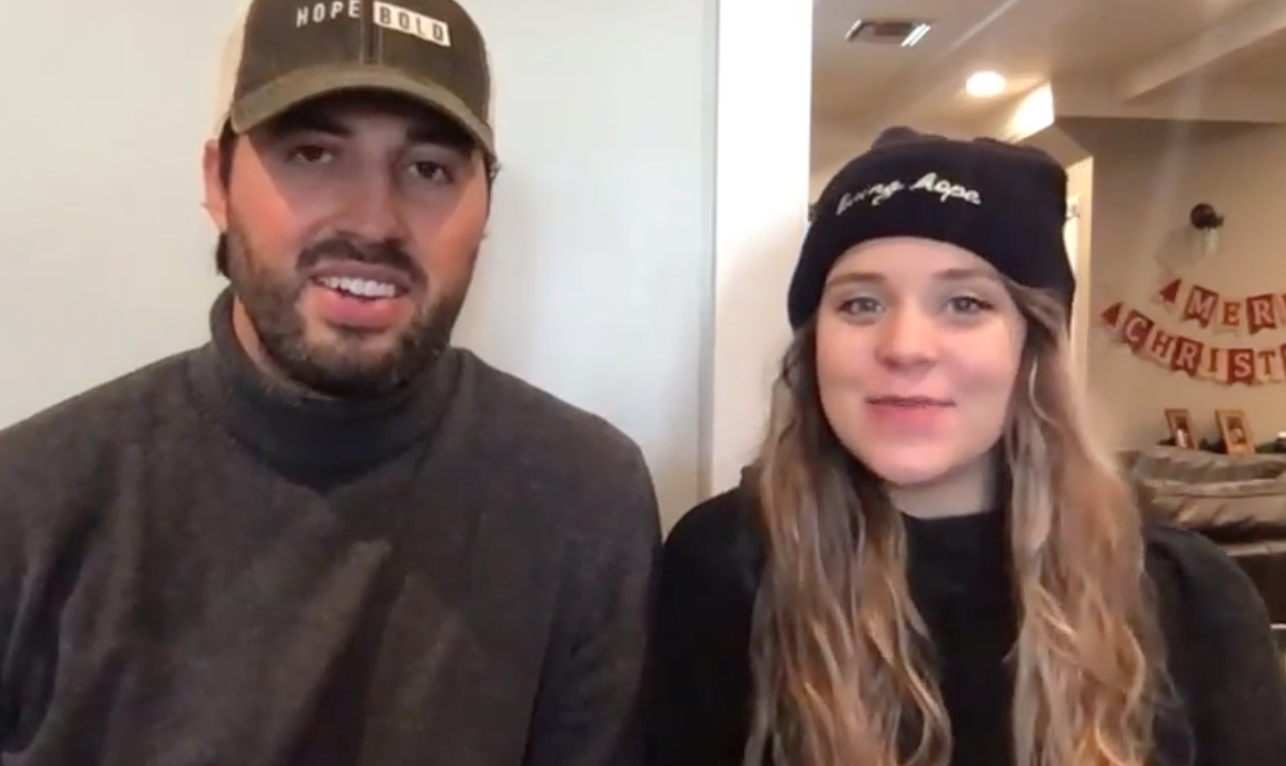 Counting On stars Jinger & Jeremy Vuolo recently launched their own business. The pair started selling candles and hats with the message of hope. The couple describes their message on their shop’s website, saying, “We promote the message and lifestyle of Hope through creating designs that point to our ultimate Hope — Christ.”

As TV Shows Ace reports, Jinger and Jeremy have both been pretty quiet on social media. They still share some updates here and there, but notably, their kids don’t appear on their social media pages anymore. Likewise, details about their business aren’t on their Instagram pages.

On the Hope & Stead Instagram, there haven’t been any new posts in almost two months. The couple previously shared frequent product photos on that page as a way to promote their shop. Could the silence about their store be a sign that it’s closing down?

Over on Reddit, critics of the Duggar family talked about the fact that Jeremy and Jinger recently wore baseball caps that aren’t from their own shop. While this isn’t necessarily a concern, it is interesting to critics that the couple isn’t promoting their own store.

Some critics took this as a sign that the business is on its way out. One writes, “Damn that didn’t even last six months?? To be fair, it probably wasn’t the best business decision to start that up immediately before having a baby…” Someone else added, “I guess they got enough money from the project. My theory is that they are going to pick it back up with a “new look” (aka they’ll throw in a new candle scent of two) when the money is low.”

As of right now, it looks like the online store is still up and running. There is a banner on the homepage that states that orders won’t ship until March 26. It’s unclear if Jinger and Jeremy ship the items themselves or if they are shipped by someone else. The delay could be due to the coronavirus or another delay in production though. This may explain the lack of advertising though.

So, it looks like the couple still has plans to keep their store open. For some reason, they just aren’t advertising the merchandise anymore. Nonetheless, fans can purchase the items and wait for them to ship.

So, did you think that Jinger and Jeremy Vuolo had closed their store? Share your thoughts in the comments section below.