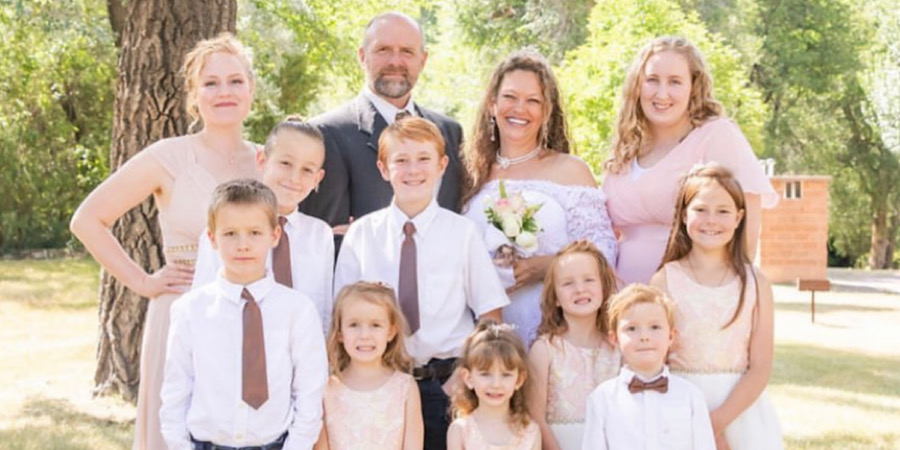 The Season 3 premiere of Seeking Sister Wife is just one day away. Very few details are known about the cast if any. But what happened in Season 2 and what note did the show about expanding plural families end-on? So much happened towards the end of the season, and after it ended that viewers never would have anticipated.

Season 2 revolved around four families looking to add another wife to their household. Not all were of Mormon faith. Two families just believed in the idea of polygamy and spreading love. The Alldredge’s saw Jeff, Vanessa, and Sharis on the search for a third wife. They believed they had found her in Jennifer. After several FaceTime calls, they had planned to meet but something always went wrong. Eventually, Jeff had a one-on-one date with her but it ended up abruptly. In the end, she faked her own death. But on the tell-all, she had a bevy of excuses and was very much alive with a child.

The Winder family was looking for a third wife while struggling to come out as polygamists. Bernie and Paige McGee had looked into adding another woman but it never panned out. The timing finally seemed right and then they met Brandy. Bernie loved her but Paige was filled with jealousy. It made it so polygamy could never truly be something in their lives.

The One Success Story

Ashley and Dimitri Snowden tried in Season 1 to court someone. But Ashley did not like her husband being intimate with someone else in the courting phase. Then they met Vanessa and things changed. They both really adored her so it seemed like courtship was easy for them. In order to be intimate with Dimitri, Vanessa had to become vegan and undergo a whole lifestyle transformation. Her pH had to align with Ashley’s so she underwent a very grueling process.

After being intimate, Dimitri made the decision, along with his wife, to propose to Vanessa. He had a song written for her and gave her an engagement bracelet. It took convincing her family that this lifestyle was not a bad thing and she would be taken care of. They had a beautiful wedding ceremony and it looked like this was everlasting love. But was it?

After the Seeking Sister Wife Finale

Though the Alldredge’s felt had by Jennifer, they have since found love in a new wife. Last year, they welcomed new wife Donna to the family. The Winder family has yet to find a new wife but his second wife, Sophie welcomed the family’s second child. They already had a daughter via first wife Tami and Sophie birthed a son last April.

Bernie and Paige faced a lot of legal troubles after the show. Sadly, Bernie passed away on June 15, 2019, when he was riding his bike. And as for the Snowden family, their fairy tale did not end well, either. Vanessa opted to leave the family and move to Australia. She is currently living there with her sister doing humanitarian work.

There are questions if the Snowdens will be back for Season 3 as there are two returning families. They are still open to love but who will the other families be? Find out tomorrow night on TLC and discovery+.