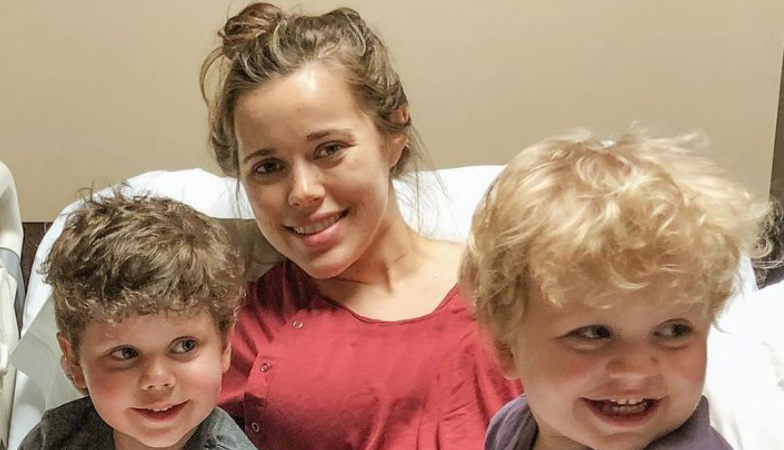 On Thursday, February 18, Counting On stars Ben and Jessa Seewald shared the exciting news that they are expecting another baby! This will be the fourth baby for the TLC couple. They currently share Spurgeon, 5, Henry, 4, and Ivy, 1. So, they, as well as their kids, are happy to add another tiny member to their family.

On Thursday, Jessa also posted a sonogram photo and referred to the baby as a “rainbow baby.” So, what does this term mean, and why is Jessa using it?

What is a rainbow baby?

“Rainbow baby” is a term used to describe a baby that was born after a loss. For example, a loss could be described as a storm. Then, a baby that is born after the loss is a rainbow. This term is used frequently among parents who have lost a child. Josiah and Lauren Duggar lost a baby before getting pregnant with their daughter Bella. They refer to Bella as their rainbow baby too.

When Jessa and Ben spoke to TLC about her pregnancy, they said, “After the heartbreaking loss of a baby last year, we’re overjoyed to share that another little Seewald is on the way.” So, prior to getting pregnant with this baby, Jessa lost a baby.

In her announcement photo, she also mentioned the loss, as can be seen below.

Prior to Jessa and Ben announcing their fourth pregnancy, they didn’t share that Jessa had had a miscarriage. So, this was the fans’ first time hearing about it. Because fans were learning about it for the first time, they sent the family their condolences in addition to congratulating them on baby number four.

Here’s what a few fans are saying:

Also in the comments, fans are asking what a rainbow baby is. Some of them have not heard the term used before, so they are confused.

At this point, Jessa hasn’t revealed the baby’s gender, and it’s unlikely she will.

So, did you know what a rainbow baby was? Have you heard of people using the term? Let us know in the comments below.