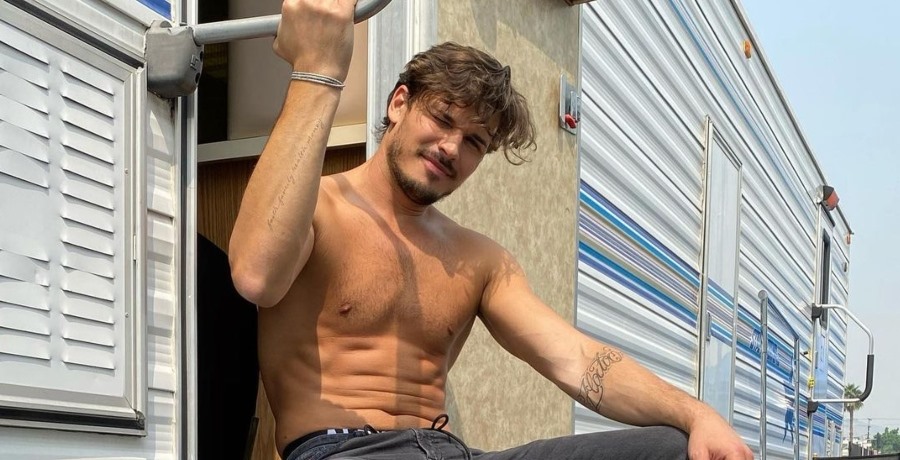 Dancing With The Stars pro Gleb Savchenko has had his fair share of drama over the past year. After splitting with his wife of 14 years, rumors started flying. Gleb shrugged off rumors that he and his Season 29 partner Chrishell Stause had an affair, but the gossip didn’t stop there. Soon after, fans connected him to actress Cassie Scerbo — that one proved to be true. They went on a romantic vacation together, which really angered Gleb’s ex, Elena Samodanova. But now, there’s another woman claiming she had a hold on Gleb’s heart for a while.

And it’s none other than reality TV star Lisa Vanderpump.

Lisa Vanderpump Claims She Had An “Emotional Affair” With Gleb Savchenko

The RHOBH star appeared on a recent episode of the Bellas Podcast to spill all the tea with Nikki and Brie.

“Gleb was gorgeous. I did become very close to Gleb. I loved him,” Lisa told the Bella twins. “We had a little bit of an emotional affair in terms of having to connect and hold on to each other because it’s so scary… I adored him.”

She went on to say that she and Gleb became incredibly close during their time on the show together. They competed during Season 16 and came in 10th place out of 12 couples.

However, it’s hard to say whether or not Gleb Savchenko felt the same way. Many pro dancers say that you have to pretend and play up the chemistry for the performances, but there’s nothing actually there. That very thing is why many believed Gleb and Chrishell Stause were having an affair. In all likelihood, this “emotional affair” was probably very one-sided.

So What Are The Former Competitors Up To These Days?

If you haven’t been keeping up with Gleb Savchenko, he’s just been caught up in a lot of drama. He and his ex Elena want to co-parent their two daughters peacefully. But it really seems like there’s always some hidden drama popping up to throw a wrench in those plans.

Lisa Vanderpump was happy to dish on Real Housewives gossip with the Bella twins. She said that her former best friend, Kyle Richards, really enjoyed watching her downfall during RHOBH Season 9.

“If somebody kind of enjoys your demise, or they don’t make you feel good about yourself, that’s not somebody [you] need around,” she told the twins. Although she hasn’t heard from many of her ex-castmates, she’s still on good terms with some.

“I’m very friendly with Joyce Giraud, who was only on one season. She was almost too nice for Housewives. She’s just such a fabulous woman so I’m very good friends with her. I speak to [Camille Grammer]. I occasionally speak to [Taylor Armstrong]. The rest of them? No. I never heard from them,” the former RHOBH star claimed. “I hoped it wouldn’t be that way because I believed that I had authentic friendships.”

So what do you think about all this? Did Gleb and Lisa really have a torrid emotional affair, or do you think it was just for the cameras? Let us know in the comments.