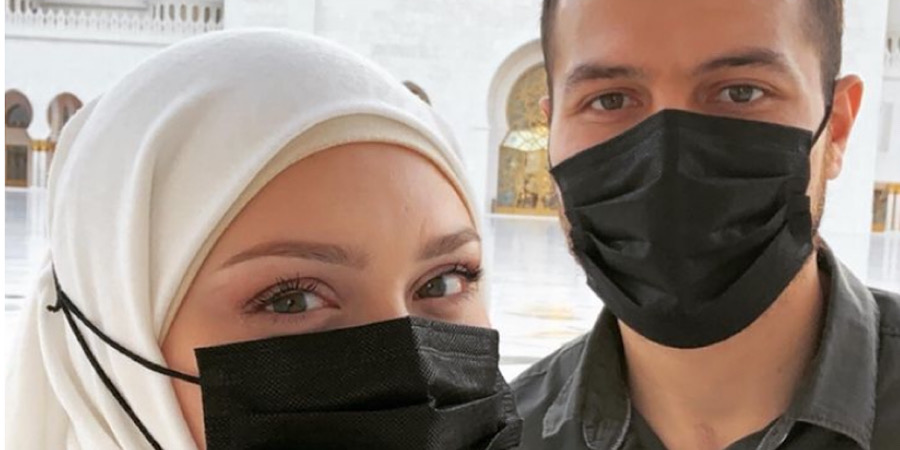 Avery and Omar have a lot to celebrate. The unlikely 90 Day Fiance couple is celebrating two years of marriage. Though it was a bumpy and uncertain ride to get here, they are grateful to be here today.

Viewers were taken aback when they first met Avery and Omar on Season 3 of the spin-off 90 Day Fiance: Before the 90 Days. Barely twenty, Avery decided to convert to Islam. Undoubtedly, this is a choice family and friends questioned. They wondered if it was a phase as she changed her mind and persona a lot. She claimed it was not and started looking for a mate on a Muslim dating site. There, she met Omar who lived in Syria. This was unintentional as she had forgotten to set the locations to local. Syria was quite dangerous and the risk of traveling there was too great. So, they met in Lebanon. Avery’s mother was very skeptical so she came along for the trip. There was very little affection between the two because of the culture.

They decided they would wed overseas and picking out a wedding dress was a challenge. Avery had to be covered up and acquiesce to traditions. With mama’s blessing, she and Omar said “I do.” Unfortunately, due to a travel ban, Omar could not come to America and the couple had to look for new ways to be together. Avery was very determined, never fearing as long as she was with her beloved.  It seemed the only way for them to live together, once the pandemic hit, would be to relocate to Dubai, In Touch reported. This appears to be what has happened.

Even though living in the United Arab Emirates is not ideal, it has kept them together. “If he doesn’t get to come here within the next six months, we are going to move to the United Arab Emirates (U.A.E.) to Dubai. But it really ruins his chances to come to the U.S. because I will no longer have a job in the U.S. If I’m working in Dubai, that doesn’t count for his visa here. It’s like we’re back at square one. And we really don’t know what to do,” Avery shared before the move.

Yesterday, on their shared Instagram, the duo celebrated two years of marriage. They posted two photos together and said their favorite love story is theirs. How sweet is that? The location is not shared but their story says Dubai. They seem quite focused on each other and their jewelry business despite Omar being a dentist in his native land. We are very happy for them making it to two years.

Did you expect it to last this long? Let us know in the comments!