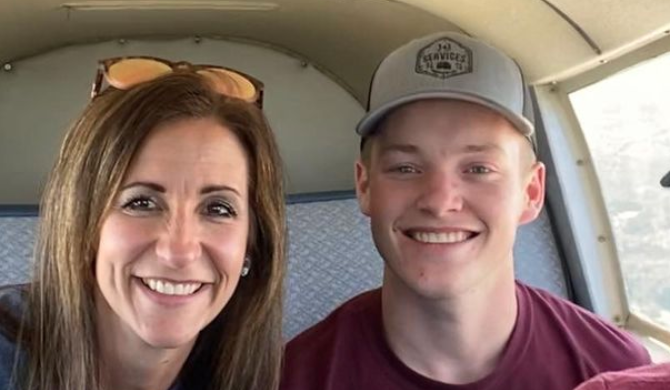 Justin Duggar has been spending a lot of time with his fiance Claire Spivey’s family. Fans have even begun to wonder if he moved to Texas. The family has revealed that he hasn’t moved to Texas, but he did buy a very cheap home from his father, Jim Bob Duggar. Now, the Counting On star is spending even more time with the Spiveys. Where did he go with them?

On Hilary Spivey’s Instagram page, she shared 10 different posts about the family’s recent ski trip. She says that they ended up going to Keystone, Colorado to ski this year.

The photos feature kids and teens of all ages snowboarding and skiing. They’re all bundled up in their gear, including snow pants, jackets, gloves, goggles, and helmets. It looks like some of the photos were taken in the house they stayed out and some might have been taken in the ski lodge as well.

In addition to Justin tagging along, so did several other friends. Specifically, Jason and James Duggar went skiing with them.

Since Claire and Justin announced their engagement, many Duggar fans have started following Claire and her mom on Instagram. So, naturally, fans are leaving comments on Hilary’s photos from the trip. They think that the trip looks like a lot of fun. They’re glad that Justin and Claire get to spend so much time together and go on trips and adventures like this.

One of Hilary’s Instagram followers writes, “A couple that shreds together, stays together 🤙🤙😉” Fans are also impressed with how well Claire’s younger siblings appear to pick up on skiing. The posts on Hilary’s Instagram page feature all of the members of the family having a good time.

Some of the comments on Hilary’s post are about Justin and Claire. One wanted to know where Justin lives, and Hilary says he lives with his family in Arkansas. Another commenter asked when the wedding is, and Hilary vaguely responded, “this year.”

Some fans think that the ski trip means that the Duggar family is filming for Counting On. Nobody has confirmed nor denied this claim though.

You can see all of the skiing and snowboarding videos and photos on Hilary’s Instagram page.