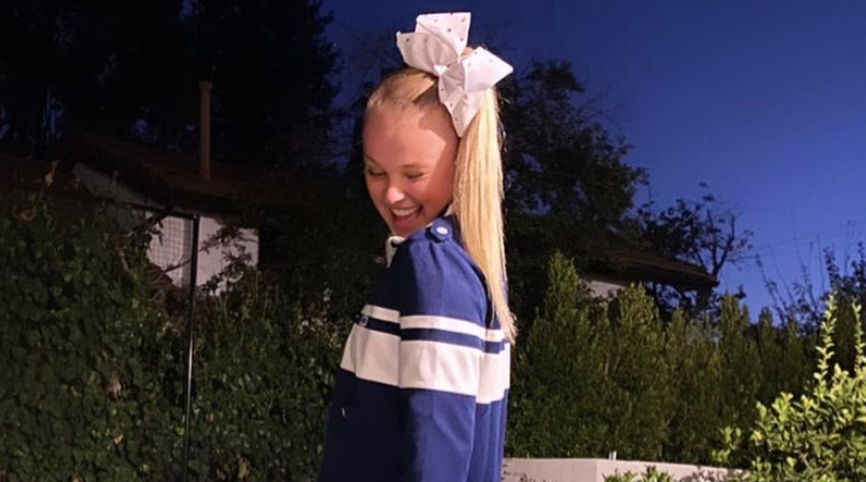 As TV Shows Ace reports, JoJo Siwa supposedly came out of the closet in a recent Tik Tok video. She danced to Lady Gaga’s Born This Way. But since the Tik Tok was first shared, JoJo hasn’t confirmed these rumors herself. So, fans have been waiting for her to more clearly announce whether she’s gay. In another Tik Tok video, she joined several gay Tik Tok stars and sang Paramore’s Ain’t It Fun. The hashtag pridehousela was used.

In addition, several Tik Tok stars that JoJo is close with seemingly confirmed the rumors too. They left positive comments, encouraging her in the comments section of her first video.

On Friday afternoon, JoJo tweeted a photo of herself wearing a shirt. The shirt seems to be fueling the rumors about JoJo’s sexuality. It reads, “Best gay cousin ever.” JoJo reveals that it was a gift from her cousin.

My cousin got me a new shirt pic.twitter.com/DuHhgRto7b

Some fans are still unsure whether JoJo is gay, especially because she could have been dancing to Born This Way by Lady Gaga just for fun. Or she could be showing that she’s an ally to the LGBTQIA+ community. But, after seeing the photo of her in her new tee shirt, fans seem even more certain that their original assumptions are correct.

In response to the photo of her wearing the shirt, fans are once again sending her messages of love and positivity. Many of her followers assume that this shirt means that she is gay. They are saying that they will always support her. They’re also congratulating her and saying how proud of her they are.

JoJo Siwa shows off her transformation

While sharing the new photo of herself, JoJo also took to social media to promote her latest YouTube video. In the YouTube video, she goes shopping to change up her style. She ditches her typical colorful clothing for a more lowkey style. Within an hour of the video being posted, she had gotten nearly 100,000 views, with more and more fans heading over to YouTube to watch the video.

Notably, JoJo turned off the comments on the YouTube video.

So, do you think this is enough evidence that JoJo Siwa is a part of the LGBTQIA+ community? Or are you waiting for further confirmation from the Tik Tok star? Let us know what you think in the comments below.

For the latest on JoJo Siwa and all of your favorite celebrities, check back with TV Shows Ace.