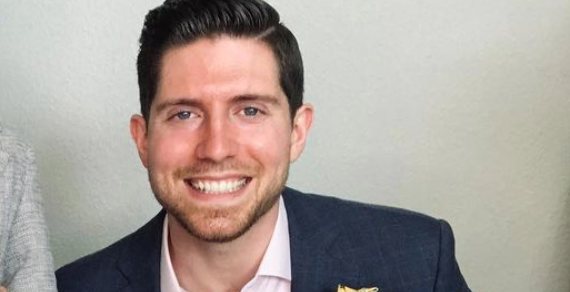 Not everyone knows what the Duggar kids do for a living. Most of them seem to be into real estate, like Jim Bob Duggar, or into contractor work. A few of them also have their pilot’s licenses. Of course, the family makes money from being on TLC’s Counting On, but there are questions about whether they are paid by Jim Bob and Michelle Duggar. While Jessa Duggar’s husband Ben Seewald has been helping Michelle homeschool the kids, he’s also been furthering his own career behind the scenes.

Ben graduated from National Park College in Hot Springs, Arkansas in 2015. He got a 2-year degree in political science. Following his graduation, he attended Moody Bible Institute. He likely did this online, as the school is based in Chicago.

In addition to taking college courses, Ben has shared about the studying and reading he’s been doing. On social media, he often shares scripture verses and other religious content.

The family never revealed when Ben graduated from the Moody Bible Institute, but it’s possible he graduated at the end of the fall semester in 2020.

Ben is now a pastor

On Sunday, January 10, Ben’s family shared a post on social media. The post includes three photos of Ben, Jessa, and Spurgeon, their five-year-old son. Additionally, the photos show the process where Ben is being ordained as a pastor.

The family writes, “Rejoicing in God’s abundance of mercy and grace as we attended the ordination of Ben as pastor to a precious church. Praying for the Lord to be glorified through the teaching of the Word and faithful care of the body of Christ.”

So far, Ben and Jessa haven’t posted about this themselves. But Duggar fans are sharing their thoughts in the comments section of the Seewald family’s post. They seem to think that Ben will be a great pastor. They are congratulating the family and sending them love. Some fans weren’t aware that this was Ben’s plan. But they’re certain that this is a great career path for the Counting On star.

So, are you surprised to hear about Ben Seewald’s career move? Do you think he will make a good pastor? Share your thoughts in the comments below.

For the latest news on the Duggar family and the rest of your favorite reality TV families, check back with TV Shows Ace.