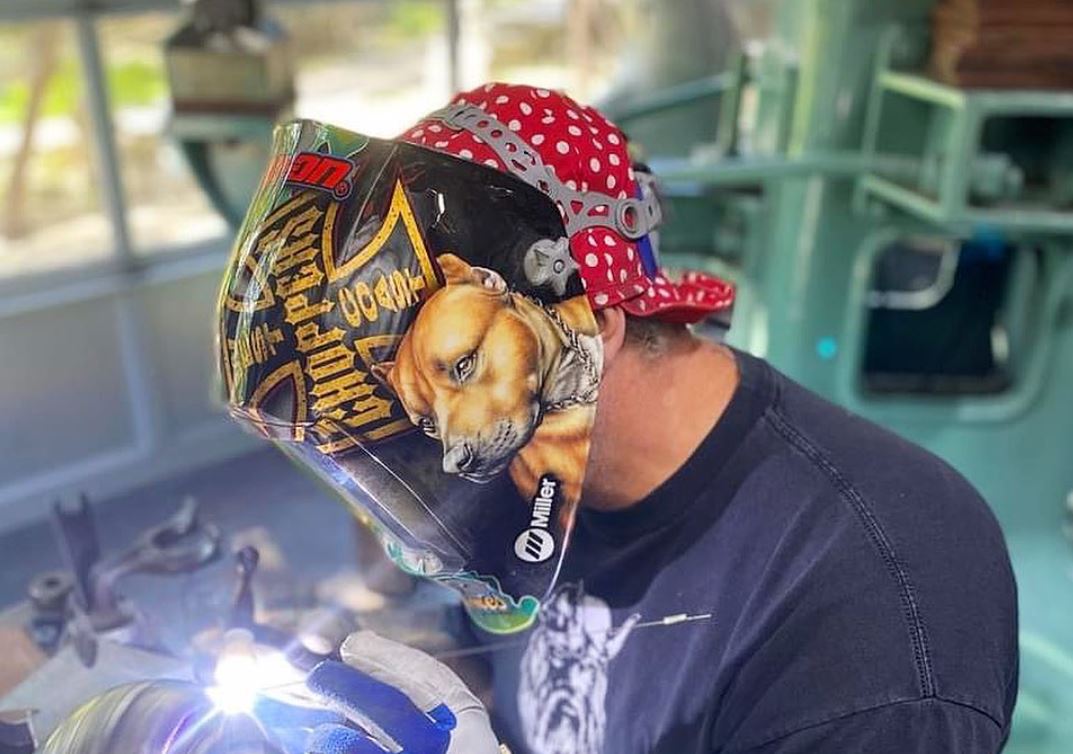 Fans of Jesse James and Monster Garage have a lot to be happy about. The show is returning to Discovery. When is the premiere and what should fans expect?

Jesse James And Monster Garage Are Back On Discovery!

According to the Discovery press release via The Futon Critic, West Coast Choppers owner Jesse James is back with Monster Garage. The Pope of Welding is ready to break some more rules with his custom builds.

It may be 14 years since Discovery aired the last Monster Garage. However, the network promises some of the “most mind-blowing vehicles to ever drive across television screens.” This absence has fueled Jesse James’ passion. Moreover, his team of “maverick mechanics” are set out to create some incredible builds.

Jesse James fans know the he won’t just work with anyone. He works with the biggest talent he can find. In each episode, five builders, all from diverse backgrounds, are given a challenge. They have five days to reimagine an “ordinary street vehicle into a one-of-a-kind monster machine.”

The test is if Jesse can take the souped up vehicle for a “high-octane monster challenge.” If they complete the challenge, they leave with an impressive $5,000 worth of tools. But, those vehicles that don’t make the cut get blown up by Jesse himself.

What are some of the Monster Garage Challenges? Well, for one, he is going to try to make the Hovercraft DeLorean succeed. Another build includes the largest pulse jet engine. This will be the “power source” for a very fine vintage Jaguar. This is quite epic and Jesse James is quite excited.

“I’m very thankful for Discovery CEO David Zaslav for keeping the Monster Garage candle lit for the last 10 years. We always knew we would eventually bring it back. I also knew when that day came, I needed to be ready. More skills in my toolbox and a clear mind and schedule. Ready to put my head down and work as hard as possible to push the limits of TV again.”

Jesse James was so excited about Monster Garage returning that he had a priest come in and bless the shop. Remember, his handle is the @thePopeofWelding.

On Sunday, on Instagram, he wrote, “I wanted to let y’all know how serious I’m taking this second shot at MG. and Not leaving anything to chance. I had the whole shop and all the tools blessed by a priest.
She was very sweet and insisted on also blessing my hands (which got me choked up). I know it’s just a dumb TV show. But like everything I do. I poured my heart and soul in it. Trying make as good as possible, and offset all the cursing on a couple episodes😘 That’s it. Talk to you mofo’s tomorrow.”

When Can You Watch Monster Garage On Discovery?

Monster Garage premieres on Monday, January 4, on Discovery +. brand-new season of MONSTER GARAGE, premiering January 4, 202, at 8 p.m., on Discovery. Or watch the first three episodes exclusively on Discovery+. You can catch other brands on the new streaming networking, including Food Network, TLC, OWN, Animal Planet, HGTV, Investigation Discovery, and of course, Discovery.

Watching the show live? Be sure to join the conversation on these social media channels: Discovery on Facebook, Instagram and Twitter. Use and look for the hashtag #MonsterGarage.