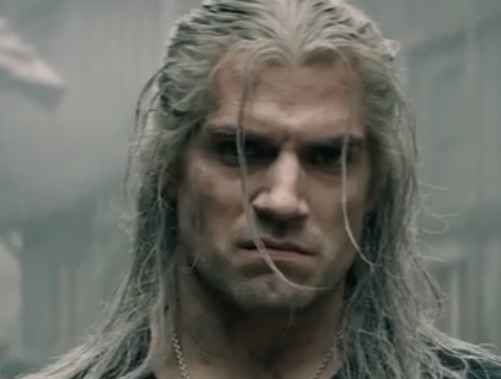 The Witcher fans may need to toss more than a coin in hopes that Season 2 will get filmed. News from the U.K. set indicated some chaos stemming from a Henry Cavill injury. This is what we know now.

Henry Cavill Injures Leg On Set Of The Witcher

The Witcher fans have had more bad news from the Arborfield Studios, Berkshire set. Henry Cavill injured his leg while filming the much delayed Season 2. According to The Sun, the Enola Holmes star was “swinging axes.” This was during a stunt on the “assault course.”

Apparently, the 37-year-old actor was doing a high flying stunt with a safety harness. Cavill was 20-feet high in the trees. Somehow, he hurt his leg. One witness explained that “He just suddenly pulled up and was clearly in a lot of pain. It wasn’t clear if an object had hit his leg or it was some sort of hamstring or muscle injury.”

The good news is that he did not need an ambulance. But, he cannot walk normally. This complicates a lot of things, as the Superman star needs to wear heavy armor, and he cannot exactly be limping around. He is The Witcher after all.

But, this delay has caused some production “chaos.” They will continue to film until the holiday break, but without Cavill.

Fans of Henry Cavill and The Witcher were disappointed that Season 2 would not drop until 2021. Now, they may be more nervous as this latest news from the set indicates that things are pretty serious.

According to Deadline, The Witcher Season 2 has experienced many delays, but Cavill is only “expected” to be “sidelined” for a short time. The good news is that he can heal up without worrying about delaying anything.

Unfortunately, filming of The Witcher Season 2 has been plagued with many delays. In March, Kristofer Hivju tested positive for Covid-19, causing the production to shut down. Then came the all around lockdown, so production did not commence again until August.

Moreover, in November, several people on set tested positive for the coronavirus. This shut down production.

Does this mean that the very popular Netflix series drop will be delayed? As they have not revealed any firm drop date, we don’t know. But, no matter what they intended, these stop and start delays will certainly delay production.

NEW: Henry Cavill recovering from injury he suffered on the set of @witchernetflix, production continues on S2 per @DEADLINE https://t.co/GsWFP6QQ6i #TheWitcherNetflix pic.twitter.com/yewvuoCLAE

Henry Cavill Does All His Own Stunts

Henry Cavill does all of his own stunts for The Witcher, and he is quite proud of that fact. The Mission Impossible: Fallout actor has always stated that acting is affected by doing stunts. Following through with the entire stunt gives a fuller and more real performance. This is certainly the same sort of philosophy his former costar, Tom Cruise follows.

Cavill, who was nicknamed “Fat Cavill” as a child, really relishes getting into shape. From the time he was a child to his early acting days, he always found that he could overcome any challenging situation.

Although Netflix has not revealed the severity of his current injury, this Man of Steel can certainly battle through and get back to the studio. Now, the question is how long with this take?