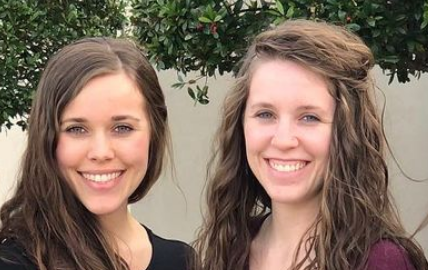 A couple of the Duggar daughters are supposedly preparing to make their dad “furious.” A source spoke with OK Magazine about Jill Dillard and Jessa Seewald’s next move.

As fans of the Duggar family may know, there’s a rift between Jill and her parents, Jim Bob and Michelle Duggar. This is due to a number of issues in the family. Jill and Derick are no longer on the family’s show, Counting On, and have spoken out about their mistreatment and lack of pay. In addition, Jill and Derick are making their own choices that don’t align with Jill’s family’s ideals.

But, keep in mind that Jill and Derick aren’t doing anything too bad by society’s standards. Jill wears pants and has a nose piercing. Jill and Derick have also decided to send their son to public school rather than homeschool him. The couple uses non-hormonal birth control. These are just some of the things that contradict Jill’s strict upbringing. Also, Derick previously revealed that he’s working on a tell-all book about his wife’s family.

Now, it looks like Jill has teamed up with her sister Jessa to expose some of the family’s secrets.

A source spoke with OK Magazine about the docuseries that’s in the works. The source explains, “It’ll reveal everything on how they’re raising strong, independent kids to how they plan to defy family convention by adopting next.”

Then, the source continues, “They’ll also spill details of how it was like growing up in the Duggar world and all the rules they had to live by. Jim Bob would be furious if he knew what the girls were plotting.”

From what the source has shared, it seems like there is very little progress made on the docuseries so far. It’s possible that the two women are just getting going on the project.

So, how is Jessa Seewald involved in this project with her sister Jill Dillard? Well, amid the conflict between the Dillards and Jim Bob, Jessa hasn’t shunned her sister or anything. So, it’s likely that the sisters are coming together because they support each other and have similar experiences. The source adds that their husbands are involved in the docuseries too.

So, will you be watching the docuseries? Share your thoughts in the comments below.