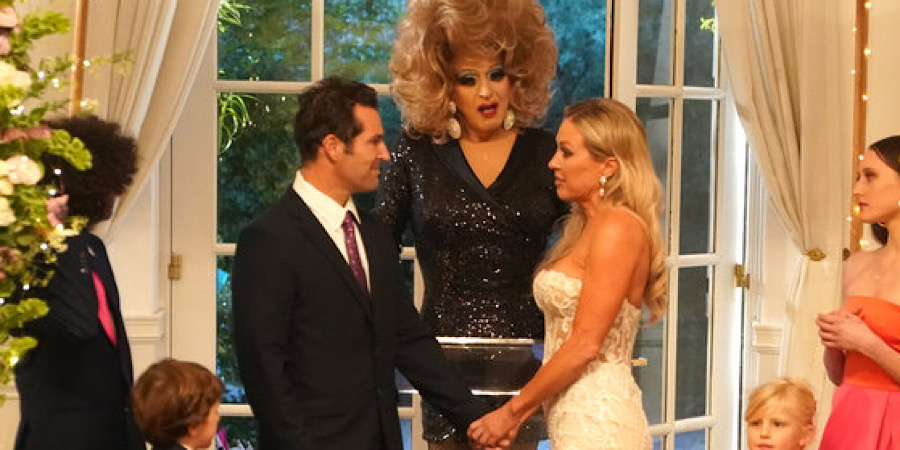 Braunwyn Windham-Burke has officially come out. The RHOC cast member announced she is a lesbian via GLAAD earlier today. This comes on the heels of husband, Sean Burke, moving out of their home.

He has since moved back home, which makes the timing of her announcement raise eyebrows.

It’s been an interesting season for Braunwyn, as the mother-of-seven joined the show in Season 14. She came on through Kelly Dodd. She and her husband seemed to have it all. But, they did admit it has not always been rainbows and butterflies. In 2007, Braunwyn cheated on Sean, she admitted to Bravo:

“We separated. I took the kids. He was with someone else too. We were separated, we were in two different homes. I told Sean I was done.”

The duo got back together and had four more children. They admitted to having threesomes before for special occasions. But, earlier this year, they announced Sean was moving out with no intentions of divorcing. Prior to Sean leaving, the couple renewed their vows on the latest season of RHOC. But, Braunwyn had a lot she was dealing with emotionally. 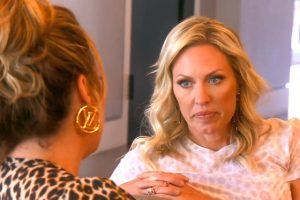 Along with Sean moving out, Braunwyn spent this year getting sober. She admitted she is an alcoholic early in Season 15. Having babies kept her sober but spent so much time drunk. It was a sobering moment for her co-stars but her mother said she was more fun when she was drinking. Yet, it’s the sobriety that helped her realize her true self.

“I’m still getting used to it … I knew I was attracted to women. I got married very young and I never thought about it. So, to be 42 … I’m just now starting to feel like I’m becoming the woman I was supposed to be. So, for me to be living completely authentically and say, ‘I’m a lesbian. That was who I have always been.’ This isn’t something that is new ‘cause that I think is what a lot of people will think. ‘Oh, suddenly you’re one.’ No, I’ve always known it. But it took me personally 42 years to be comfortable enough in my own skin to say that.”

A New Love For Braunwyn

Braunwyn has met someone new. She is dating a woman named Kris and yes, Sean has met her. “I mean, we go to parties together! She came over the other night, hung out with the family, had dinner with us. I mean, it’s only as weird as you make it.” No word on whether the children have met Kris but there’s another question: will this be on RHOC? Braunwyn has been super candid about her sobriety but what about her love life? Will she allow the world to meet Kris?

It’s not a complete surprise. The RHOC star’s alluding to meeting someone new and different. You can watch it all play out every Wednesday on RHOC at 9pm only on Bravo.