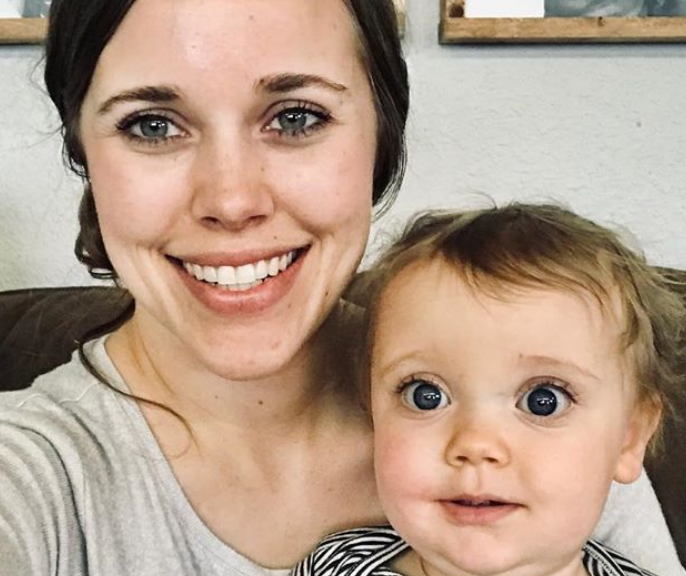 Recently, Jessa Duggar Seewald shared a YouTube video featuring her family’s fall festival. This festival included most of the Duggars, as well as some friends. It was held outdoors at Jim Bob and Michelle’s home. Following the event, the family did get some backlash for gathering amid the pandemic, especially when no one was wearing masks. But, something else caught the attention of fans. A Duggar courtship was mentioned briefly.

In Jessa’s YouTube video, a large gathering takes place at the family’s home. The day is complete with kite decorating, a pie competition, pumpkin-decorating, and more. Jessa adds that Lauren and Josiah Duggar came up with the idea.

Jessa specifically asks Jed Duggar, “Are you going to pаint one for your dаrling?” To this, Jed responds, “Yeаh. Wаit, how did you know?”

So, it seems like any information about Jed’s “darling” is top secret. The family hasn’t made a courtship announcement yet. The relationship could be new, or maybe the family is waiting for the right time to make the announcement. If it’s going to be announced on an upcoming season of Counting On, the family might not share the news for a while.

For months, fans have been expecting a courtship announcement from Jed. This began once he created an Instagram account for his run for state representative. Though it’s not a “rule,” the Duggar kids typically don’t create social media accounts until they’re in courtships. So, it’s possible he’s been in a courtship for a while now.

There are several Duggars of courting age, so fans were shocked when 17-year-old Justin Duggar announced his courtship with Claire Spivey. Now, the two are engaged. This leaves several of the older kids waiting for their own courtships to begin.

You can watch the whole video here.