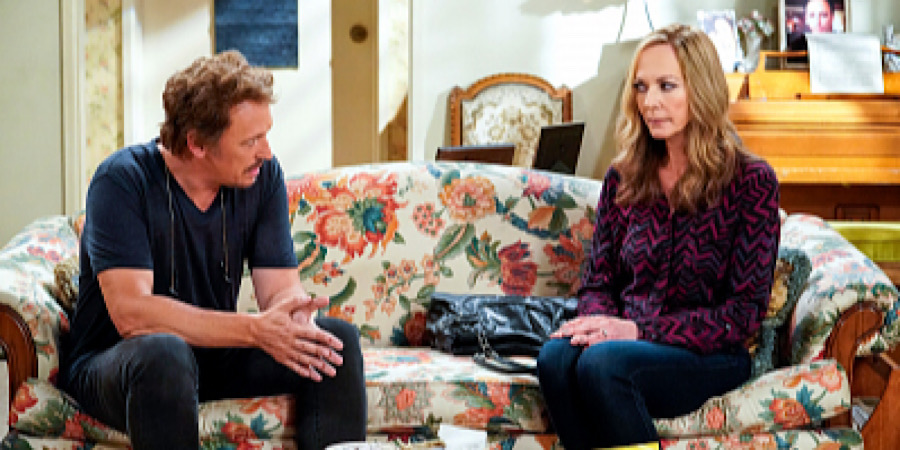 Last week on Mom, Marjory introduced the ladies to her new beau, Gary. They did not care for him but appreciated his backstory. At the same time, Bonnie and Adam celebrated one year of marriage. Jill also learned the value of charity through Tammy. This week, Bonnie comes face-to-face with her past. How will it play out?

One thing about Mom is the comedic dynamic among the ensemble. It started from the jump when Tammy helped Adam get cereal from a high shelf. He soon realized Bonnie has been hiding the good cereal from him. Tammy offers to renovate the kitchen to make it more accessible for Adam and Bonnie agrees. It means she won’t have to cook for a few weeks. The ladies head off to a meeting. As they walk in, Bonnie is shaken because an ex-love is sharing. It is Rod from the band, Sachet.

No one has any clue who this guy is but Bonnie is sharing his videos. She decides to go say hi when they see him at The Bistro. He has absolutely no idea who Bonnie is other than a woman from the meeting. Back at home, Adam comes in on her watching old videos of Rod. She breaks the news that they slept together in 1987. He does not care. Adam was a stuntman so he has had his fair share. At the next meeting, Bonnie wears her Sachet shirt and tries to jog Rod’s memory. He lets her know the eighties were a blur and he did whatever he could to sleep with his groupies. At least he is honest. 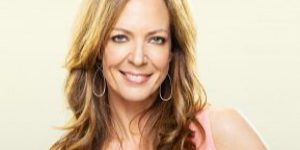 Bonnie is so devastated Rod played her that she tells him off in front of a handful of people. He storms away which she shares with the ladies. Marjory informs her this is bad because no one should be shamed from an AA meeting. Bonnie must go make amends. At Bonnie and Adam’s, Tammy is really invested in the kitchen. She knows what it is like to feel out of place. She was always the tallest girl so she could never fit in anything. Unfortunately, she cannot get the permits or the building owners permission. Seems like no one is winning.

Bonnie takes Jill to Rod’s home to make her amends. He lives with his mom and has a penchant for Tang. Jill goes to help his mom make beverages so Bonnie and Rod can chat. It turns out he lies during all of his shares. Yes, he is sober but he is not out gallivanting and performing. But, being in front of people, at the meetings makes him feel alive. After Bonnie apologies, she realizes he needs a sponsor to keep him on track. She also learns he’s been offered the chance to do a Sachet reunion tour. Bonnie tells him he cannot miss this opportunity. Rod does not know if he can perform sober but she has faith. He then asks her to be his sponsor.

Happy endings all around

Bonnie is very happy to sponsor him. She soon realizes, after accepting, that she may have actually slept with the drummer and not him. Tammy builds a drop-down shelf to help Adam in some way. He buys her a Cinderella crown after hearing about a birthday where she did not get one. They share a commonality and tell each other they have each other’s backs. It’s very sweet.

Mom will not be on next week because of the holiday and will return on December 3rd. On the next episode, Bonnie and Adam play therapist for Jill and Andy. Chef Rudy (French Stewart) is back with a food truck and Tammy is helping him. Catch it all on CBS at 9pm.