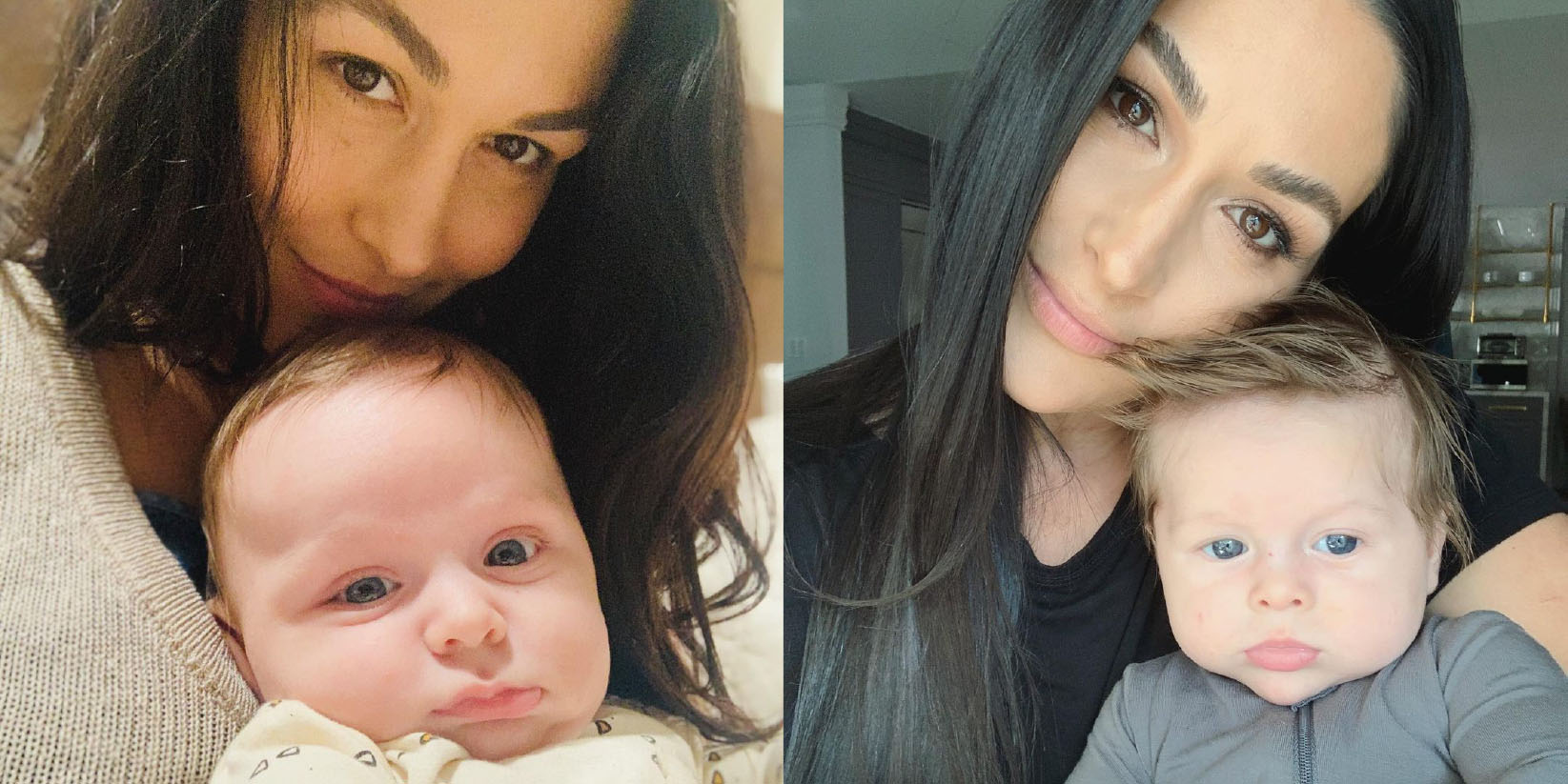 Total Bellas, Nikki, and Brie Bella seemingly do everything together. Being pregnant at the same time is no exception.

Will Nikki and Brie Bella breastfeed each other’s baby?

Us Magazine gives new details on Nikki and Brie Bella’s lives since the birth of their sons. Surprisingly, the twins even gave birth to their sons less than 24 hours apart. It is plausible to think that the sisters would agree on many things, given all the things they have in common.

In the new trailer for Total Bellas, Brie poses an interesting question to her twin, Nikki. “Would you ever let me breastfeed Matteo?” Seemingly without hesitation, Nikki responds. Simple and straight to the point, she says, “No.” Shockingly, Brie lets her sister know that she’d let her breastfeed her baby. Nikki is still pregnant at the time, makes a shocked face whilst cradling her baby bump. However, Brie says that she feels like a “human milk truck” come August. She shares this revelation with fans alongside a photo of Buddy breastfeeding on her Instagram Story.

Nikki Bella and Dancing With the Stars pro Artem Chigvintsev welcomed their son, Matteo, in July. Shockingly, Brie and her husband, Daniel Bryan’s son, Buddy, makes his grand debut. Humorously, Nikki makes a wrestling reference on Twitter. She tweets, “How about that tag team! I can’t believe Brie, and I had boys less than 24 hours apart! Honestly, only us!” Additionally, Nikki seems chuffed that she gave birth first. “And that I beat her. As you can imagine, everyone said it was my baby and mines competitive side that kicked in!” It should come as no surprise that the boys already have a cute nickname. Nikki tweets, “I can’t wait for our Bellas Boys to grow up together!”

Notably, this isn’t Brie’s first child. She shares a daughter, Birdie, with her husband. However, Matteo is the first child for Nikki and Artem. Nikki sings Artem’s praises. “Our baby boy is so lucky. I didn’t think I could love [Artem] even more, but goodness, I fell more in love with him the past few days.”

In just a few short months, it seems that things are going as expected for the cousins. For example, Brie reveals in an October episode of Total Bellas that “[Buddy] calms Matteo.” Brie explains, “Obviously, I do call them spiritual twins, but it’s like they’re legit siblings. It’s like they’re used to each other.” Alarmingly, the cousins look like twins according to fans after seeing a photo of the boys side by side on social media.

While breastfeeding a baby that isn’t yours may be a controversial subject, it seems that Brie and Nikki Bella may agree to disagree on this topic. Catch Total Bellas on E!. Stay tuned to TV Shows Ace for more reality television news.