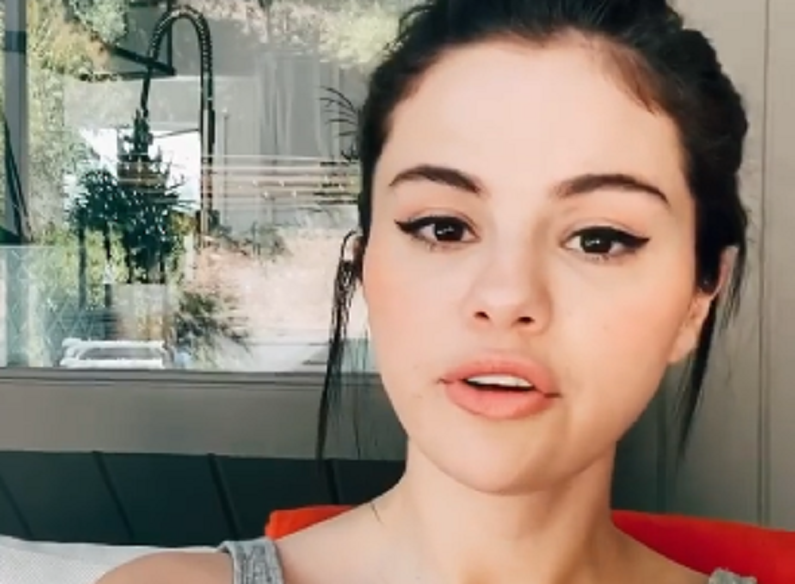 Selena Gomez had fans alarmed. The singer did an Instagram Live with actor Timothee Chalamet on Saturday, October 24. Followers noticed an IV coming out of her arm. They wondered if Selena had relapsed on her health.

As fans know, Selena’s dealt with health issues over the years. She announced her lupus diagnosis and a kidney transplant. However, there is no concern for alarm. Sources close to the “Rare” singer claim the IV was a vitamin trip. Selena uses vitamin drips regularly.

While it has nothing to do with her Lupus or other health problems, it can help. It’s unclear why the pop star decided to use the vitamin drip in the middle of an Instagram Live. Sources say it had to do with timing. Selena didn’t care if her followers saw it.

Selena Gomez is “fine and healthy”

The “Same Old Love” singer did a live chat on Instagram with Timothee Chalamet. Her fans took notice of the tube coming out of her arm. Some wondered whether Selena fell ill again. She shared the details of her publicized health battles back in 2017.

In the meantime, Selena admitted that she voted for the first time. The former Disney star confessed that she has never gone to the polls. She felt that her vote didn’t matter. But she has since changed her mind before the 2020 election. Selena made the shocking admission to Voting Power Hour.

“Honestly, I’m not ashamed to say this. But… I’m kind of… This was my first time,” Selena said. “I’m going to say that because I never felt – and this is so true – and I’m now like admitting to people, like my vote counts. Like, every little thing counts so I just think some people get int heir head, like, ‘Oh well, does it matter?'”

But now she’s “invested” in encouraging her fans to vote. She also revealed that she’s been asking other people if they are currently registered to vote. Selena wants to make voting a normal topic of conversation. And she’s been active in holding online seminars about it.

She previously opened up about her Lupus battle

Selena Gomez also had an interview with vice presidential nominee Kamala Harris, who is running with Democrat Joe Biden. The Rare Beauty founder held a Zoom chat as they talked about the importance of voting on the November 3 election. The two also discussed Lupus. Kamala revealed that her sister Maya has Lupus as well and their family has dealt with it for “many many years.”

She then added that “women of color tend to get it.” Kamala noted that she and Joe want to keep the Affordable Care act and she would work on mental health. Selena revealed that the country is affected mentally by the trauma of politics.

“And getting help is something that people need to get. It’s important to me,” she said. She then added that the younger generation is the “next wave” to make a change in the world. “People need to use their voice through their vote,” Kamala reminded.

Can a vitamin trip help patients with Lupus?

Selena Gomez is clearly fine. She’s been advocating for voting up to Election Day. Now, poses an important question. Can a vitamin drip help those who suffer from Lupus? A vitamin drip is also referred to as IV nutrition therapy or IV Therapy. It feeds minerals, vitamins, and other natural substances into the patient’s bloodstreams.

Since it’s administered directly into the body’s organs, it provides an immediate therapeutic response, according to Angel Longevity. Since the immune system is linked with Lupus, IV nutrient therapy can help boost the immune system, which decreases Lupus symptoms. However, there are different types of vitamin trips that come with their own benefits. They can be used together or separately, and they help strengthen the immune system.

While Selena doesn’t use the vitamin drip for her Lupus, it’s definitely an added benefit. And it’s good to know that she’s doing okay.