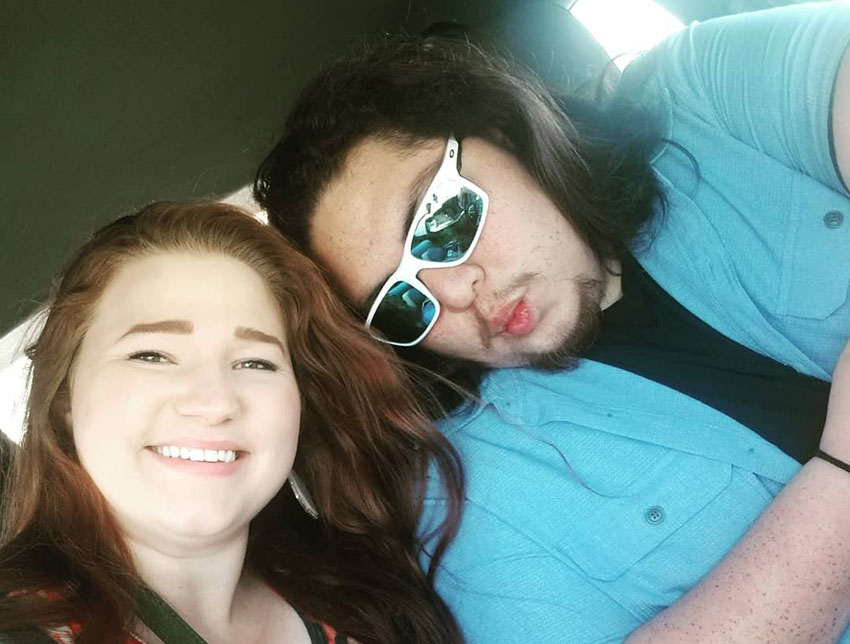 Last month, Sister Wives star Mykelti Brown announced she was pregnant with her first child! And now, in People exclusive, a representative for the couple confirms that the baby on the way is a girl. Adorably, in their announcement photo, the happy couple is wearing matching pink tye-dye t-shirts. Tony holds a bundle of hot pink balloons, while Mykelti holds a small circle sign that reads, “It’s a girl!”

Touching all the main announcement points, the Instagram caption is short and sweet. With that in mind, Mykelti shares that Baby Girl Padron is due at the end of March. Since the announcement is a People exclusive, the caption directs fans to the People article. Excitingly, fans are quick to flood the comments with their congratulations.

Mykelti is the daughter of Sister Wives patriarch Kody Brown and one of his four wives, Christine Brown. Mykelti shares with People, “When we found out we were ecstatic. It was so wonderful when we could tell our family and we were so happy they were all excited with us.” Surprisingly, this newest bundle of joy will only be Kody’s third grandchild. However, this granddaughter is Christine’s first grandchild.

Did Tony want a girl too?

Call it mother’s intuition, but Mykelti “wasn’t surprised at all,” when she found out she is expecting a daughter. She tells People, “The whole pregnancy she’s felt like a girl.” Her husband adds, “When I found out it was a girl, I felt, ‘Wow, yup my wife was right, she just knew.'”

Notably, the young Sister Wives couple wanted different genders for their first child. The mama-t0-be says, “That’s what I really wanted for my first so I’m extremely stoked she’s a girl. Already buying clothes.”  However, Tony has different thoughts. He shares, “I was happy it’s a girl, but I did want a boy at first. I’m ready to be overprotective.”

It’s been an amazing vacation so far with this stunning half frozen river and waterfall. Such a blast and great time to break out my Amber hoodie and LuLaRoe Denim #waterhike #lularoeamber #lularoedenim #vacation

Seemingly, this announcement is a long time coming. This time last year, Intouch Weekly reports that Mykelti “wants to have children so much.” At the time, the Sister Wives’ daughter shares, “I want to have children so much.” Mykelti goes on to say they “are working towards accomplishing some goals.” In light of recent news about Tony’s career change, fans wonder if his desire to be a video game streamer has always been in the works.

Without a doubt, a lot is going on with the couple. Notably, Tony no longer works at a bank. Instead, is a video game streamer. Additionally, Mykelti sells clothes and travels. All of this with a baby girl on the way. Seemingly, they have everything under control.