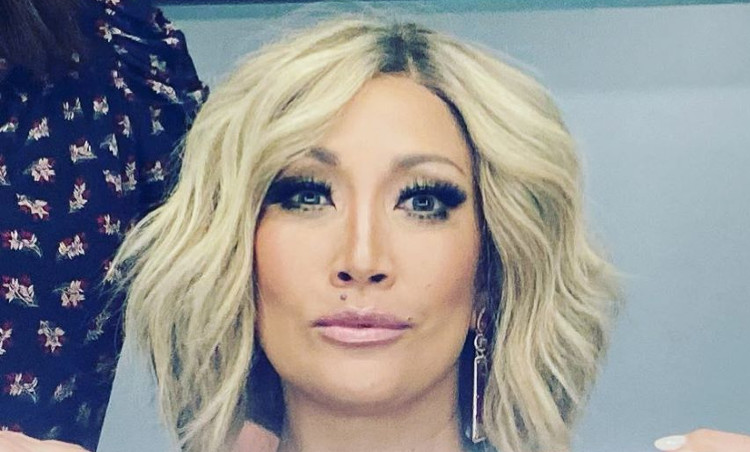 Dancing With The Stars fans have a lot of complaints this season. They aren’t loving Tyra Banks as the new host. Nor do they love judge Carrie Ann Inaba’s hair choices. The host of the CBS show The Talk is opting for wigs this season. And fans don’t think it’s her best look.

Carrie Ann Inaba is a stunner, no doubt. But DWTS fans are used to her flowing brown locks. This season, she is playing with colors and length by using wigs. And fans have some thoughts.

Over the weekend, the DWTS judge mistakenly posted on her Instagram, advising fans to change their clocks. However, Daylight Saving Time is NEXT weekend. In addition to fans flooding her comments with a correction, many fans took the opportunity to talk about her wigs.

While many fans wrote that Carrie Ann is gorgeous, some fans just do not like the wigs. Some of the comments include:

So, what did happen to Carrie Ann’s “beautiful hair”?

While Carrie Ann didn’t reply to the fan in the comments, she has spoken out about the need for wigs. Last month, Carrie Ann did reply to a fan in her Instagram comments about the wigs. She wrote that she was on medication before the new season started. At the time, one of the side effects was hair loss.

So, she spoke with the DWTS team and they agreed to use wigs this season. While she is now off the medication and hair loss isn’t an issue, they all chose to stick to the plan. So, fans will see Carrie Ann Inaba in a different wig throughout Season 29. Here is a collage of 4 of her recent wigs. Which one do you like the best? Let us know in the comment section down below.

DWTS Host Tyra Banks Could Use a Stylist, Too

The Inquisitr reports that one fan told Carrie Ann to help Tyra with her style. The fan called Tyra’s current fashion choices “a hot mess.”

What Can Fans Expect From Villains Night?

Halloween is a pretty big event on Dancing With The Stars. While the show already did Disney Night, some of the costumes for the upcoming episode may reflect Disney villains. It is, after all, Villains Night on the dancing competition.

Listen well, all of you! Beware of the powers of @chrishell.stause this week. ✨ #TeamSellingIt #VillainsNight #DWTS

Some fans hope that Tyra Banks appears (or doesn’t appear, rather) as the Invisible Man. Check out the preview of tonight’s spooky dances!

Are you excited for Villains Night on DWTS? Head over to our Facebook page for a live chat during the show!

Dancing With The Stars airs Mondays on ABC.