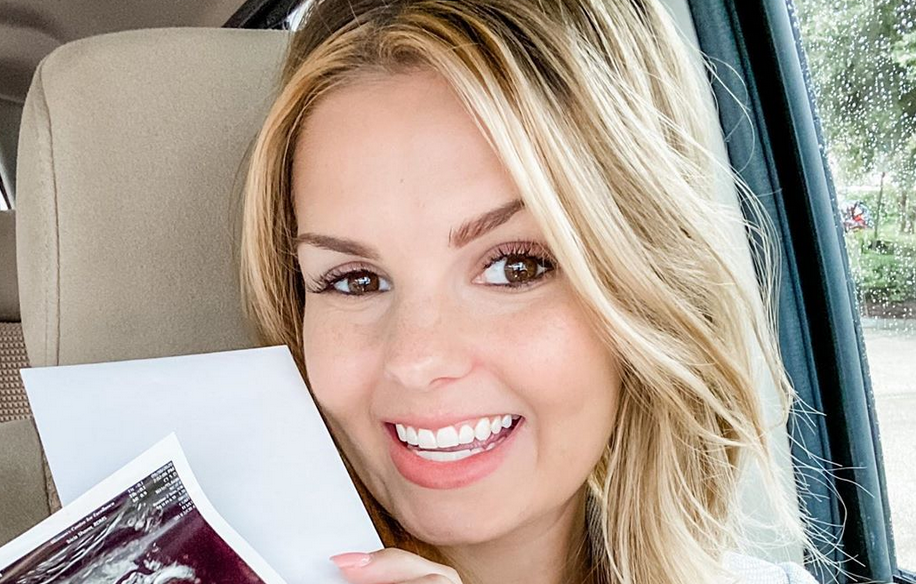 On Sunday, Alyssa Bates of Bringing Up Bates shared a new post on Instagram. She writes, “A Sunday well spent brings a week of content 💙 Sunday’s are by far the most refreshing day of the week for us! ⛪️ We love it!”

Alyssa’s new post features two new photos. The first one is of herself with her husband John Webster. The next one is a family photo, featuring the couple with their three young daughters. Their kids include Zoey Joy, 2, Lexi Mae, 3½, and Allie Jane, 5.

In the photos, Alyssa is cradling her growing baby bump. She’s due in February 2021. The whole family is decked out in navy. The three little girls are wearing matching dresses and shoes.

Naturally, Bringing Up Bates fans are loving the new family photos. They think the girls’ matching outfits are sweet. They especially love the funny face that Lexi is making in the picture.

Fans are also obsessing over Alyssa’s skirt. They think it looks great on her baby bump. So, they are asking her where she got it and how it fits. This isn’t uncommon, as many fans like Alyssa’s style.

A Sunday well spent brings a week of content 💙 Sunday’s are by far the most refreshing day of the week for us! ⛪️ We love it! #sunday

Throughout Alyssa’s pregnancy so far, the couple has been sharing updates. For a while, Alyssa was pretty sick and throwing up every day. Now, things seem to be improving.

On YouTube, John and Alyssa hosted a live gender reveal. Due to COVID-19, they couldn’t have a large gathering like they wanted to. So, they got to include all of their social media followers in the big reveal too.

The couple is having a baby girl. This is their fourth daughter. According to Alyssa, she thinks this one is their last. This is due to how sick she gets while pregnant. She has said that she has felt sicker with each pregnancy.

Shortly after sharing the baby’s gender, the couple announced the name they’ve picked out for her. They plan on naming her Maci Jo. They have loved the name Maci for a while now, and since this baby might be their last, they want to use it this time. Jo is a family name.

So, what do you think of John and Alyssa’s new family photos? Share your thoughts below.