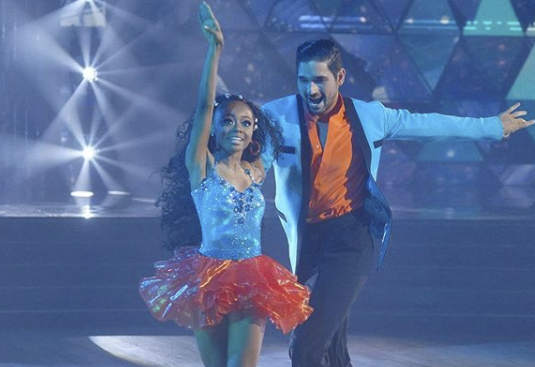 Did anyone see that coming? Dancing With The Stars fans were shocked at the scores on last night’s episode. Skai Jackson and Alan Bersten scored highly during opening night, but their performance was a little subpar this week.

In fact, judges felt that even Carole Baskin deserved a higher score than Skai. In a jaw-dropping turnaround, Carole Baskin and partner Pasha Pashkov came back and outscored one of the top-performing couples from week 1.

No one thinks that Skai is a bad dancer — the judges simply felt that it wasn’t her strongest performance. Meanwhile, Carole clearly spent a lot of time improving her technique. The scores reflect that. However, it didn’t stop fans from expressing outrage on Instagram.

“The fact that she got a higher score than Skai is an injustice. She’s not even close to the caliber of Skai and the scoring tonight was ridiculous. Do better judges. Do better,” wrote one fan.

The judges ultimately gave Skai and Alan a 15 out of 30. Combined with their score from week 1, they currently have a 36 out of 60 and are no longer in the running for first.

Many felt that Skai and Alan clearly had the more complex choreography. So even if they scored lower, they were attempting a much more difficult routine. Check out their number here and see what you think:

This week, Carole Baskin and Pasha Pashkov had a Viennese Waltz. After their underwhelming Paso Doble in week 1, this was certainly a surprise. If there was an award for most improved, it definitely belongs to Carole. The judges gave the couple a score of 16 this week for a combined total of 27 out of 60 points. They may still be in last place, but that could change if they keep working hard.

Skai Jackson has lots of experience on the stage from her time on the Disney Channel, so fans are sure she will make a quick comeback. Just make sure you watch next week. It will be the show’s Disney night, so this is definitely Skai’s chance to shine.

Dancing With The Stars Says Goodbye To Charles Oakley

Charles Oakley and partner Emma Slater were in the bottom two along with Carole and Pasha this week. Carrie Ann Inaba chose to save Carole, while Bruno Tonioli voted to save Charles. In the end, Derek Hough was the tiebreaker and chose to save Carole. He was impressed with her improvement and wanted to see what else she was capable of.

It’s always sad to see a contestant leave the show, but no one was really surprised that it was Charles. Fans felt his performances were both underwhelming and he did all he could.

Who do you think will be next to leave the competition? Stay tuned to find out.