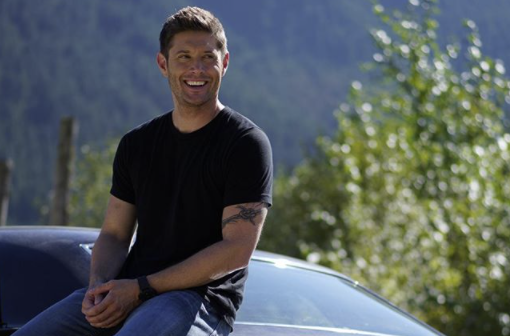 The beloved series Supernatural is coming to an end after 15 years. The actors and crew looked back at their time on the show as they wrapped up their final day on set this week.

This was the first #Supernatural scene we shot. Today will be the last. I'm grateful & love you all beyond words. But it's only over when you say it is, #SPNFamily. In the words of Kim Manners (RIP): Kick It In The Ass. #SPN @jarpad @JensenAckles @mishacollins pic.twitter.com/GXLqBkanPu

Jensen Ackles (Dean Winchester) posted a very touching tribute to the show on his Instagram page.

“To those I have worked with on this journey and to those who have watched and supported…you will never understand my great appreciation for you. ‘Thank you’ doesn’t cover it. There just aren’t words. I’m so grateful for these memories that I will carry with me forever. What a ride it has been. And what a run,” the actor wrote. He attached some shots from the final episode.

Woke up at 6am this morning. That alarm went off with a heavy tone. Today is the final day of a 15 year journey. One that has changed my life forever. To those I have worked with on this journey and to those who have watched and supported…you will never understand my great appreciation for you. “Thank you” doesn’t cover it. There just aren’t words. I’m so grateful for these memories that I will carry with me forever. What a ride it has been. And what a run. #spnfamilyforever here are a few shots from our final days…including today. I’ll try and send more later, but in true SPN form…we are in the middle of “nowhere” and have zero service. Go figure. Stay tuned.

Supernatural was supposed to finish filming back in the spring. However, the novel Coronavirus pandemic put plans on hold. While fans are eager to see the ending, it did give the cast and crew a little more to hold on to. Jensen Ackles and Jared Padalecki resumed filming on August 20. According to PEOPLE, cast and crew had to quarantine for two weeks before being allowed on set. Like many other shows, Supernatural execs are taking safety very seriously.

What Adventures Lie Ahead For The Supernatural Cast And Crew?

Even though this is the end of Supernatural, the actors and crew members certainly aren’t finished with their careers. Many of them are making plans for their next big projects.

Jensen Ackles teased on his Instagram that he will join The Boys for Season 3, set to premiere sometime next year. Jared Padalecki (Sam Winchester) plans to produce and star in a Walker, Texas Ranger reboot.

Fans haven’t heard any future plans from Misha Collins (Castiel), but have no doubt he will find work again very soon. However, he did release a new cookbook this year called, The Adventurous Eaters Club: Mastering the Art of Family Mealtime.

Having Supernatural on your resume will certainly unlock many doors for you.

Fans Can Expect To See The Final Episode This November

Right now, execs plan for the Supernatural series finale to air on November 19 on the CW. Don’t forget to tune in and say goodbye to the Winchester brothers. How do you think the series will end? Fans are hopeful for a strong send off that everyone can be happy with. No one wants to relive the Game of Thrones finale.