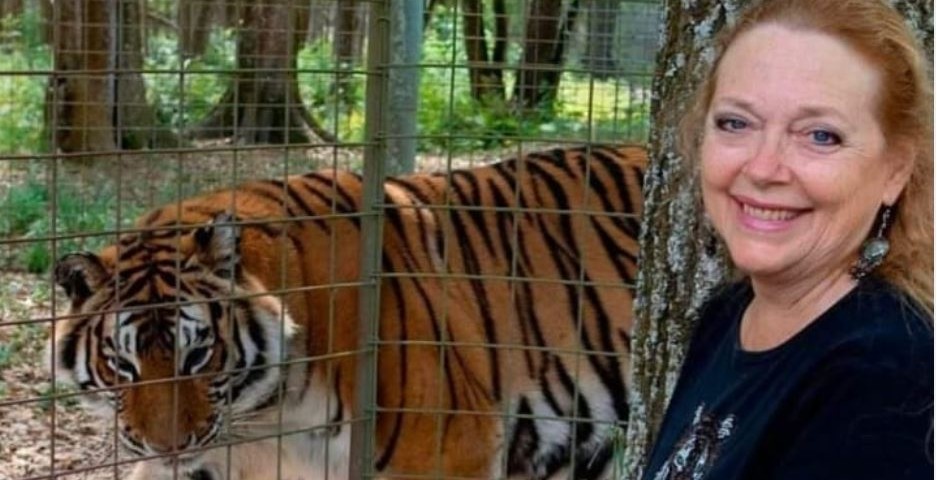 Celebrities and pro dancers are being announced for the upcoming season of Dancing With the Stars. A few are hinting at joining the cast, while others are still in talks. However, while fans know Bachelorette Kaitlyn Bristowe is one name who has already been confirmed, they are waiting for more. Today, there are a few big names being bounced around as possible contestants for Season 29.

Which Stars are in talks for DWTS?

E! News found out some juicy information about possible contenders to dance for the mirrorball trophy. A source shared with the news outlet several candidates close to making deals to appear on DWTS. A few names are Carole Baskin, Chrishell Stause, Anne Heche, and AJ McLean.  And, another shocking name was asked to dance, but declined. That would be coronavirus expert, Dr. Anthony Fauci.

So far the cast list sounds potentially very interesting. Let’s take a closer look at a few of these names of possible dancers.

Of course, everyone knows Carole Baskin gained fame from appearing in the Netflix documentary, Tiger King. Fans began questioning what happened to her ex-husband. He had gone missing and multiple theories surfaced following the documentary release. Carole and Joe Exotic do not like each other at all. In fact, their hate landed him in prison. Will she end up on Dancing With the Stars?

She’s known for her soap opera roles, including Days of Our Lives and All My Children. Now, she is a real estate agent and is featured on the Netflix series Selling Sunset. And, Chrishell was married to This is Us actor Justin Hartley. Their marriage has been the topic in tons of news. He filed for divorce late last year. Chrishell would be a great dance partner. Do you think she might appear on DWTS?

Gracie always sits with me when I do my confessionals. She provides support, I provide snacks. 😍👑🙌🏽 #BTS #SellingSunset #girlsbestfriend #adoptdontshop

DWTS will have new host and new look

Tyra Banks has signed on as the new host of the show. She has said the show will be next level, but also keep the things America loves.

The full cast announcement will come September 2 on Good Morning America. However, many professional dancers names already dropped. Fans were excited to learn today that Artem Chigvintsev will be returning to the show this season.

We are THRILLED that @theartemc will be joining us back in the ballroom on September 14! #DWTS

Other pros named to dance are Jenna Johnson, Val Chmerkovskiy, Sasha Farber, Emma Slater, Pasha Pashkov and first-time pro Danielle Karagach. These make up the three married couples competing against each other on Season 29.

Dancing With the Stars will premiere on Monday, September 14 on ABC.