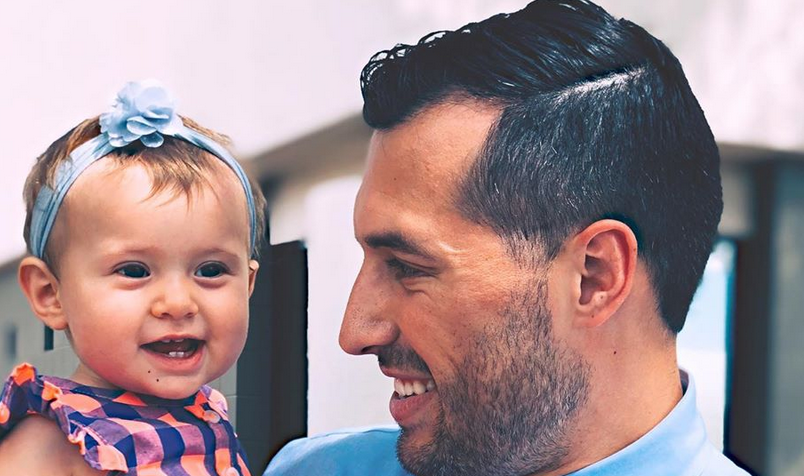 The new episode of TLC’s Counting On, which airs Tuesday at 9/8c, features some of Jeremy Vuolo’s backstory. Today, Duggar fans know him as Jinger‘s husband. The couple has a two-year-old daughter Felicity and another baby on the way. The second baby should arrive in November. They’re currently living in Los Angeles, California, where Jeremy attends the Master’s Seminary. The couple also has their own podcast, Hope We Hold. He often shares scripture verses on social media too.

But, as it turns out, Jeremy hasn’t always been a strong Christian. He has a little bit of a rough past, but he has become stronger because of it.

Jeremy Vuolo opens up about arrest on Counting On

In an upcoming episode of Counting On, Jermey gets honest about his 2008 arrest. Previously, the Duggar son-in-law played soccer. But, he explains, “For guys who stop playing, they’re on a contract or they get injured, the rest of their life they’re aching to play. For me, it was like God took that passion for soccer and just relocated it into ministry.”

While he played soccer, he was “living a life that wasn’t honoring to Christ.”

He elaborates further, saying, “I ended up getting arrested. I was drinking, I was partying in college, just being a foolish young guy.” He says that the arrest really made him realize what he was doing and how it was affecting him.

He calls that late night moment a “turning point.”

So grateful to have the chance to share a bit of my story on @tlc. Also, @briansumner's accent is amazing.

Per a police report from Radar Online,

“An intoxicated male who appeared to be a friend of the male that was involved was acting belligerent and shouting obscenities while in front of numerous subjects. Identified later as Jeremy Vuolo. For no apparent reason, Vuolo walked up to [the officer] and grabbed his right arm/bicep in a forceful manner. Subsequently, Vuolo was arrested and transported back to HQ, where he was booked and later released to a sober friend.”

Jeremy’s full testimony is on YouTube. After a Duggar fan asked for more details about his journey, Jeremy shared the link publicly. The video is from April 2016. But, now that Jeremy’s story is airing on TLC, the whole video may be important for some Counting On fans to see.

So, did you know about Jeremy’s past? Share your thoughts below.

Don’t miss the new episode of Counting On, which airs Tuesday at 9/8c on TLC.