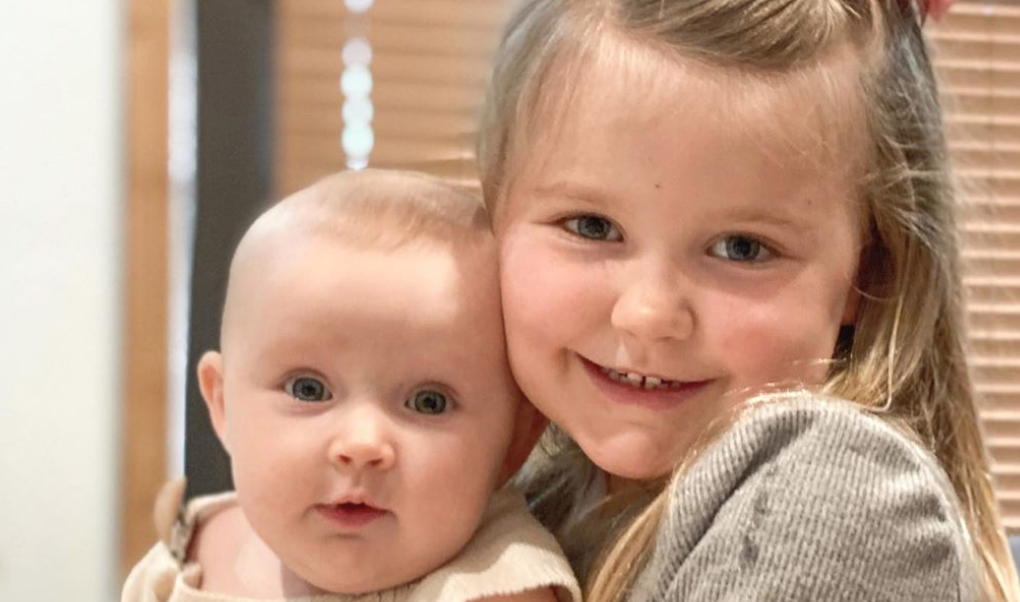 On Monday, April 27, Anna Duggar shared an exciting milestone. In a new Instagram post, she reveals that her youngest baby, Maryella, is five months old. In the post, Anna shares two new pictures of Maryella. She’s sitting up on her own. Beside her is a letter board that reads, “It’s a beautiful day to be 5 months.” The sign also features the date and Maryella’s name.

Anna has been using the same quote for all of Maryella’s milestones from the time she was born. When Maryella was first born, the sign read, “It’s a beautiful day to be born.”

In the most recent pictures, Maryella is wearing a colorful dress with umbrellas printed on it. She also has a bow on her head. She’s got a smile on her face. Duggar fans point out that it’s impressive that Maryella is sitting up on her own. She seems to be growing up quickly. Of course, fans love every update from Anna. They really admire her as a mother and gush over her kids.

How many kids do Josh and Anna Duggar have?

It’s assumed that Josh and Anna’s family will continue to grow. All of their kids are each about two years apart. So, it will likely be a little while before the couple makes another pregnancy announcement. In the meantime, Josh and Anna are staying busy with their six little ones. Anna often provides updates on social media so her followers can keep up as the kids grow. Lately, she’s been sharing the funny jokes her kids tell.

Meredith is Josh and Anna’s four-year-old daughter. In a recent social media post, Anna says that Meredith loves her baby sister. She says, “Meredith loves being a big sister and spending time with little Maryella!” Though Meredith is still a little girl herself, she is seeming to adjust well to being a big sister for the second time. Meredith was just a toddler when her brother Mason, 2, was born.

Meredith loves being a big sister and spending time with little Maryella! I’ve heard it said that sisters are like different flowers from the same garden. 💞🌹🌷 • • • • #littleduggars #meredith #maryella #duggar #sisters #besties

So, what do you think of the latest update on baby Maryella? Can you believe how quickly Josh and Anna Duggar’s baby is growing up? Share your thoughts below.