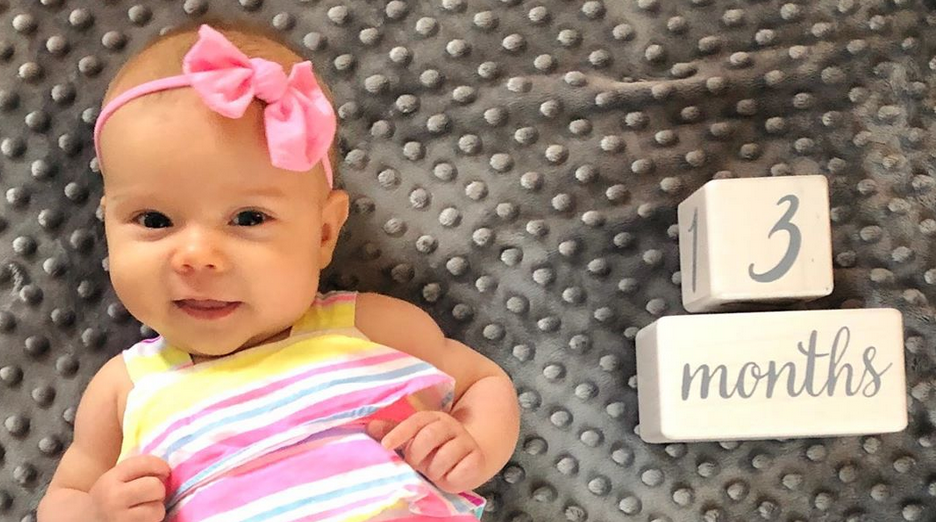 Baby Grace Duggar is now three months old! Her parents, John and Abbie, shared the special milestone on social media on Tuesday. They shared a series of photos of her. In the pictures, she’s wearing a striped one-piece outfit. As usual, she has a bow on her head. Beside her are blocks that read “3 months.” They refer to her as their “little lady.”

Once again, Duggar fans are gushing over Grace. They think she looks adorable in the new pictures. And, they’re also shocked at how fast time has gone by. She’s growing up quickly!

One fan wrote, “What a cutie pie!!💕💗 You are the cutest family ever!!!!!!” John’s twin, Jana, also commented, “She has the cutest facial expressions! 🥰” Tons of similar comments are rolling in.

Grace is John and Abbie’s first baby. She was born in January. When she arrived, the couple said, “We are quite smitten by our new bundle of joy and are soaking in all of her little newborn snuggles!” They seem to be enjoying parenthood and are loving all the special moments they have with their daughter.

It’s common for people to point out who they think the baby looks like. This time around, most of John and Abbie’s followers think Grace looks like Abbie. Several of the couple’s followers on Instagram are saying that Grace is Abbie’s twin. They don’t think she looks like the rest of the Duggar babies.

Of course, there are a few people who can see John. One said, “She is beautiful. I have been thinking she looks like Mommy but in these pictures, I really see Daddy!!!! ❤❤❤❤”

On their Instagram stories, John and Abbie shared a few more pictures of their daughter. These pictures seem to be taken on different days. It’s possible that Abbie shared them on her private Instagram account, and then she decided to share them publicly today.

No matter what, fans think that Grace is absolutely adorable. In one picture, she’s wearing little sandals. In another, she’s wrapped in a towel after a bath. 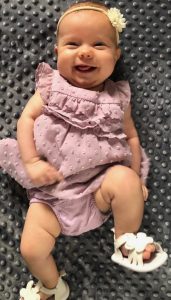 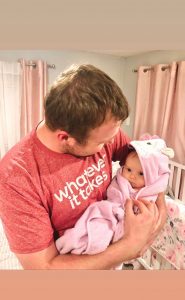 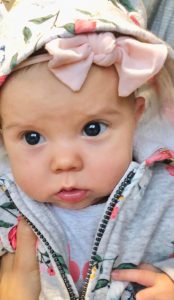 John and Abbie also shared a new post of the three of them matching. They’re all wearing Arkansas Razorbacks gear. Duggar fans are happy to see so many new photos of Grace over the span of just a couple of days.

So, what do you think of the new pictures of Grace? Share your thoughts in the comments below.