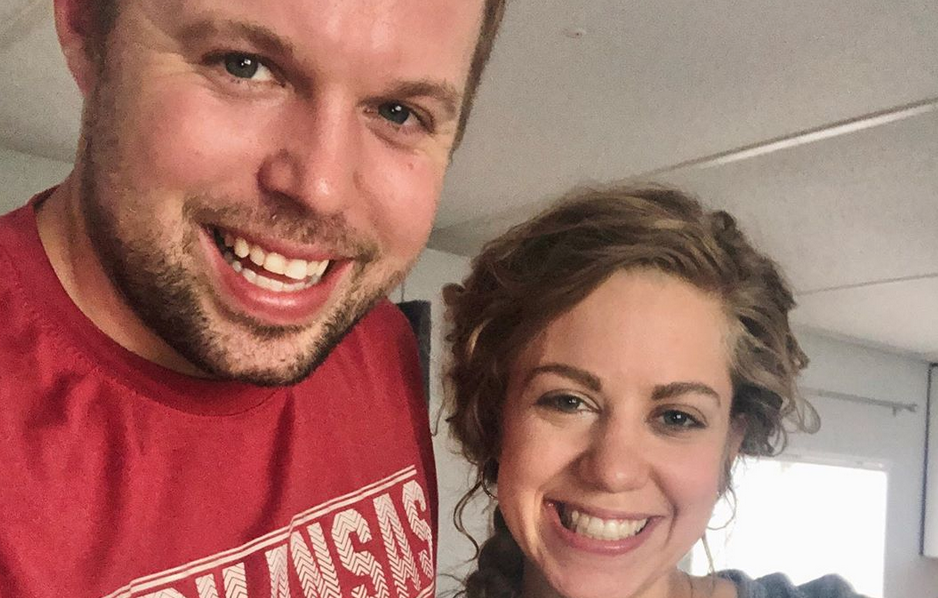 On Monday evening, John and Abbie Duggar shared a new picture of their little family. The couple recently became parents in January. Now, they have a three-month-old baby girl, Grace. They seem to be loving parenthood so far.

In the new photo they posted on Instagram, all three of them are matching. They’re all three wearing Arkansas Razorbacks gear. Both John and Abbie are wearing Razorbacks tee shirts, and it looks like Grace is wearing a coordinating dress. And, as usual, Grace has a bow on her head. The couple calls it a “matching Monday.”

Duggar fans are loving the new picture that the couple shared. They think that John and Abbie are one of the best couples in the family, so they especially love seeing updates from them.

But, of course, Grace is getting a lot of attention. Fans think her chubby little cheeks are so cute. One fan wrote, “There she is! Miss Gracie is adorable!” Others are saying that she’s precious. They’re also commenting on how quickly she seems to be growing up.

It’s safe to say that this new picture is a hit among Duggar fans. In less than 24 hours, it received 72,000 likes and countless comments.

This picture is a bit of a surprise to John and Abbie’s followers. The couple doesn’t share on social media very often. They usually only post a couple of times per month, while other members of the family might share several times per week. So, this makes fans even more excited about the new posts they share. Fans always look forward to the rare updates from John and Abbie.

Since John and Abbie’s daughter arrived in January, many of the pictures they share on Instagram are of her. And, Duggar fans aren’t going to complain about that. They always gush over the growing little girl. They think she’s adorable, and they’re so happy for John and Abbie.

So, what do you think of the new picture of John, Abbie, and Grace? Share your thoughts in the comments below.