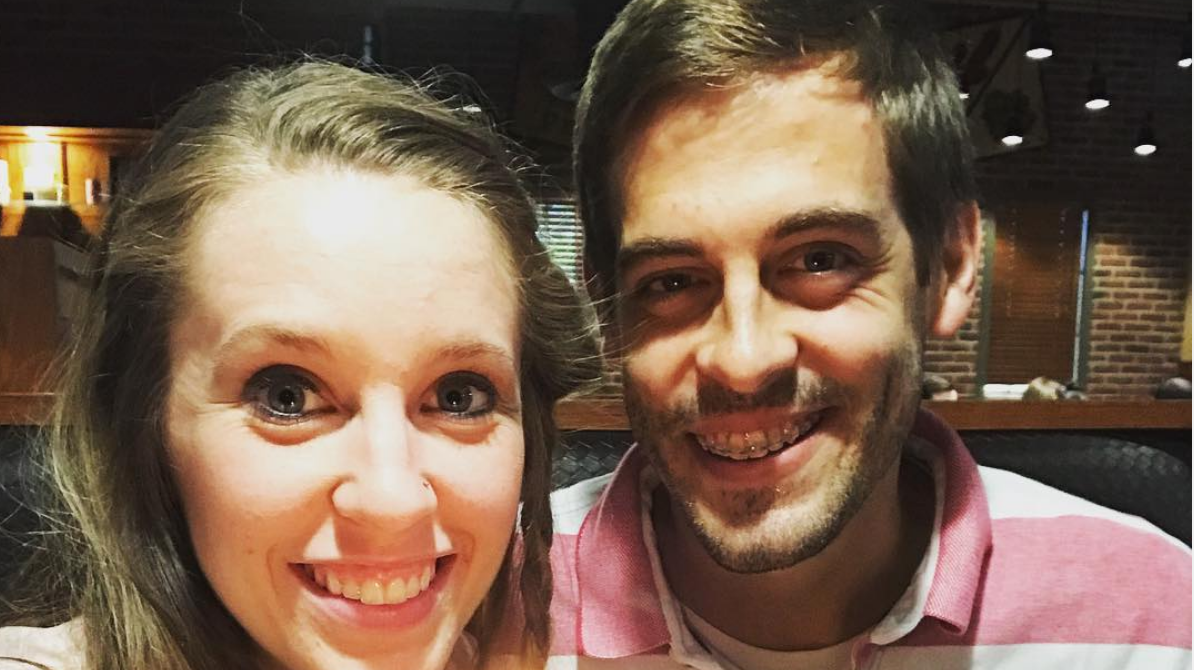 Derick Dillard, the husband of Jill Duggar, recently reached out to Katie Joy. Katie Joy runs a YouTube channel called Without a Crystal Ball. On Friday, the video about Derick’s conversation with Katie went live. Now, it doesn’t feature Derick in-person or via video chat. But, Katie does share his answers to the questions. She even asked her followers to give her some questions to ask Derick.

In the video Katie released, she includes lots of details that Derick gave her about the Duggar family.

Jim Bob Duggar has been keeping the money from TLC

Derick has addressed this before. He shared that Jim Bob gets the money from TLC. All of the salaries were paid directly to Jim Bob. Even though the birth of his son, Israel, was used for a birth special on TLC, he and Jill didn’t see a penny. And, Derick even requested help from the network to cover those medical costs. But, TLC “refused to help or cover any of those costs.” He also says that the producers asked a lot of them as far as interviews and footage are concerned.

In addition, Jill was required to film under a contract. Derick claims she was forced and that she didn’t have a say. Derick also reveals that Jill wasn’t paid. Eventually, filming was too much for them. So, they decided to quit filming.

What are some misconceptions the public has about Derick Dillard?

Katie wanted to know about some of the misconceptions that the public has about Derick. It’s known that he’s a part of the Duggar family. So, most people assume that he’s conservative, Christian, and follows some of the values that Jill’s family does. But, Derick answered her question in a way that might surprise some people. After all, he is his own person. And, he and Jill have created their own life.

Derick addresses modesty, writing, “I don’t think it’s wrong for girls to wear pants, get piercings, or have short hair.” This is a big deal in Jill’s family. Then, he continues, writing, “I will encourage my kids–girls or boys–to identify their passions and pursue them even if that requires higher education.”

In the video, Katie says that Derick claims he isn’t against drinking alcohol. He didn’t reveal whether Jill drinks alcohol, but he did say, “I don’t think it’s a sin to drink alcohol, but it’s still illegal under the age of 21. So I will always encourage my kids not to break the law and they will have to decide where they stand on it after that. However, I don’t believe it’s appropriate to drink to drunkenness. The bible is pretty clear about that.”

Derick adds that he has had alcohol. Katie thinks that Jill might try alcohol in the future, due to the fact that Derick thinks it’s okay.

For everyone waiting! The @derickdillard interview debuts soon. He spoke candidly about his family, picking up the pieces with Jill, and even shared some insight about their beliefs that I think will surprise you. Link will be in bio. – – #duggars #countingon #fundies #duggar #duggarfamily #19kidsandcounting #realitytv #tlcnetwork

Derick says that one of the biggest misconceptions about him is that he doesn’t like individuals that are in the LGBTQ+ community. As many Duggar fans know, Derick previously made negative comments directed at Jazz Jennings of TLC’s I Am Jazz. And, due to his association with Jill’s religious family, people assume that he is against the LGBTQ+ community.

But, Derick says, “I love all people, including LGBTQ+.” One of Derick’s fraternity brothers is gay, and they’re still friends.

As TV Shows Ace reported, Jill and Derick have decided to send Israel to kindergarten in the fall. This was a shock, because Jill was homeschooled, along with all of her siblings. Israel’s cousins who are of school age are homeschooled too. So, Jill and Derick did get some heat for this choice.

In the interview, Derick addresses the decision. He simply says that he and Jill are open to public school or homeschool. He also adds that they think it’s the right thing for them in their “season in life.” In a video from Jill and Derick, Israel seems very excited to be getting ready for kindergarten. And, it seems like his parents have thought it over.

In the Duggar family, the young adults court instead of date. They typically marry the first person they court. In a courtship, they go on chaperoned dates. Very little physical contact is acceptable before engagement or marriage. But, Derick takes this time to clear up some things about the courtship rules.

According to the video, Jill and Derick could have “held hands, hugged each other longer, or other things before we were ever engaged, but we just chose not to on our own.” Most people believe that Jim Bob and Michelle have a say in the courtship rules. But, it seems like Jill and Derick had the option to have physical contact.

Derick mentions the control of Counting On and the Duggar family

Recently, Katie talked to Amy King, who is Jill’s cousin. The video was eventually taken down by someone, whose name is not public. Derick says that Amy is being silenced and that it’s “strange” and “sad.”

He also talks about how he wasn’t able to make his own family’s announcements first. Because of TLC, he couldn’t share that Jill was expecting or that their baby had been born. TLC had to share the news first. Derick claims that he would break the rules if he had a chance to do it over again, even if he would get in trouble for it.

Jill is in legal battles with the city of Springdale, Arkansas

Right now, Jill is in a legal battle with the city of Springdale, Arkansas. This is where her family is from. It seems that the lawsuits are over information being leaked about Josh Duggar’s molestation scandal. Jill’s name was released, and it wasn’t supposed to be. So, she’s currently dealing with that.

In addition, Jill is recovering from a lot of things. She’s dealing with being on TV her whole life. She’s also working through the drama and estrangement from her family.

What’s going on between Derick and the Duggar family?

❤️ Loved getting to have some sister time this weekend with @jingervuolo and felicity visiting from #cali . . ⬆️ See my stories for more pics with the girls 📸 . . @janamduggar @annaduggar @jessaseewald @austinandjoyforsyth

Derick addresses the claim that he and Jill don’t want to be around any of the Duggars. This is a rumor that’s been going around due to the drama in the family. Derick says that it’s “simply not true.” He says, “Like average families, we don’t always get along and at times might not even feel comfortable around some people.” He adds that they try to maintain healthy boundaries.

Because of everything Jill has been through with her family and with filming, Katie asked Derick how Jill is doing. According to Derick, they are seeing a licensed counselor to work through these things. This is helping them grow as a couple too. He says, “We are always grateful for kind words that many have offered.”

How are Jill and Derick raising their kids?

Duggar fans witnessed Jill’s upbringing on TV, which prompted Katie to ask about how they’ll raise their own kids. Derick claims that they’re not bitter about how each of them grew up. Derick says, “In raising our own kids, we will reject, accept, and recycle various aspects of our own backgrounds.”

You can see the whole video here. Derick promises to reveal more information about the family over time.

What do you think of what Derick had to say? Did you watch the whole video? Share your thoughts in the comments below.