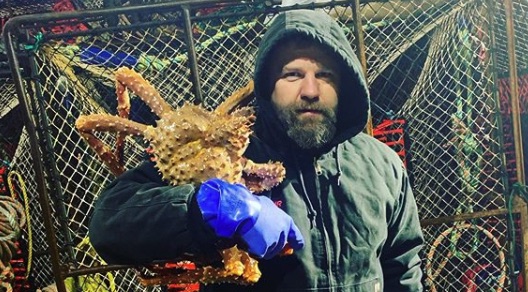 The Deadliest Catch Season 16 will feature the surprise return of Captain Scott Campbell Jr., after a six-year hiatus. Where has Junior been the past few years? Most of all, which boat will Junior be captaining?

Just last week, TV Shows Ace reported, Scott Campbell Jr is returning to the Deadliest Catch in 2020! This is quite a shock, as he has not been on the show for nearly a decade. Considered quite a crab fishing talent, Junior’s issues were physical. He suffered from debilitating and life-threatening back pain. Junior had several back surgeries that appeared to end his career. But, time appears to heal all, as he is back.

Now the question is whether he will be back with the Seabrooke or on their new boat, the Lady Alaska. According to TV Shows Ace, the Seabrooke is up for sale, and remains for sale at Dock Street Boaters. It seems that we may have to wait until the Discovery show airs to find out which boat Campbell will captain. But, meanwhile, where has he been the past six years?

After a long season the old girl got the make over she deserves. Now it’s time to send the Seabrooke out for the summer salmon tendering season. It is always fun spending time with my dad working on the boat together. Thanks to @highmarkfab for the long hours to get us back in the water. #deadliestcatch #crab #fishing #memories #teamwork

Where Has Scott Campbell Jr. Been?

After the former Seabrooke captain seemed to ended one of the most promising careers of the Bering Sea fleet, he appeared to head the entrepreneurial route. He is a co-owner of Cordova’s Coolers, along with his dad, Scott Campbell Senior.

Junior is even an author. He wrote a book titled Giving The Finger: Risking It All To Fish The World’s Deadliest Sea. This book is about his personal journey fishing on the Bering Sea with his dad. Although at the time, it seemed like fishing was all in the past. That is, until he posted on Instagram in September 2018 a photo of the Seabrooke, at Dutch. “Back in the saddle again! Never thought this would be the view of my office chair again! #deadliestcatch #fishing.” Clearly, all has gone well, as he is indeed back on the Deadliest Catch Season 16. But, it doesn’t mean that all has been clear sailing.

Junior has still battled some physical issues. In March 2019, Junior posted a photo of himself on Instagram. He is lying on a hospital bed, ready to go into surgery. This time, it was not his back as he wrote: “Well here we are again. Straight from the Bering Sea to the hospital. I got in a fight with kidney stone #63 and obviously it won. 13 mm in size. Headed into surgery in an hour to get it taken out. Good thing I have @lisaraycampbell to take care of me! #funtimes.”