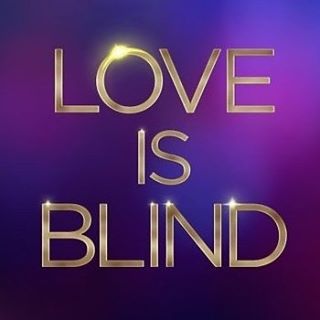 Love is Blind fans will be thrilled to hear the big news. The Love is Blind Twitter account just posted that Netflix is casting for Season 2! There’s no news on when the new season will air. But, fans are just excited that it’s in the works. This reality TV shows was a big hit on Netflix, and the next season is sure to be loved too.

The experiment isn't over… Season 2 of Love is Blind is now casting, are you in? https://t.co/HmAZq4w3MQ pic.twitter.com/Gs25a1f22Z

In the meantime, let’s take a look at where the couples are now. If you haven’t finished Season 1 of Love is Blind, be aware that there are spoilers ahead. You can read more about the show here too.

Of the two couples that said I do, both of them are still together.

First up is couple Lauren Speed and Cameron Hamilton. Lauren’s Instagram bio says she is a producer, director, model, and creative. She and hubby, Cameron, recently got to interview Miley Cyrus. They want to spread a message of positivity.

Cameron’s latest Instagram post is a heartwarming throwback to their wedding day. He shares a few of his favorite moments from their big day.

Reports after the Love is Blind Reunion special had fans wondering if the flame was still burning for the other married couple, Matthew Barnett and Amber Pike. With the mention that Amber thought about leaving Matthew during the reunion special and lack of posting to social media, fans were skeptical that they were happily married.

It’s still hard to tell based on the cryptic Instagram posts. Nothing seems recent, but they are both using the hashtag #SecretYearOfFun.

Giannina Gibelli and Damien Powers are still dating. From the looks of Giannina’s steamy post-shower Tik Tok, the couple is enjoying their quarantine time together.

Giannina describes herself as a “soulpreneur” in her bio. Damien’s bio states he supports Brawl for a Cause and gives an email address for inquiries.

In a report from Women’s Health, Kelly Chase and Kenny Barnes said that they mutually agreed to say “I don’t” in several conversations prior to the big day. “What’s not shown is that she and I had conversations multiple times,” Kenny said. What Kenny shows in a recent Instagram post is his new girlfriend, Alexandra. His bio, like Damien’s shows support toward Brawl for a Cause. His bio also mentions a move from Atlanta, GA to Charlotte, NC.

From the looks of Kelly’s Instagram, her health and wellness business is flourishing.

While Mark and Jessica (mainly Jessica) may be the butt of all Love is Blind jokes, fans don’t see anything to laugh about as Mark works out at home in one of his recent Instagram posts.

Jessica’s latest posts since the end of Season 1 of Love is Blind are advertising that she is using her Cameo proceeds to donate to NetHope.

As for the tumultuous, Diamond Jack and Carlton Morton; Diamond posts on Instagram about her new love of journaling in quarantine. On the other hand, Carlton’s most recent posts promote Love is Blind and Season 2. ​His bio says, “Opinionated Creole who loves to KARAOKE!”

There will be two more seasons of Love is Blind

Buzzfeed shares that Netflix renewed the reality television dating experiment for two more seasons. Also renewed are The Circle and Marie Kondo’s show, Tidying Up. As excited as Love is Blind fans are, we’re going to need to slow our roll. Casting is just beginning. Netflix has not given definite premiere dates, but we’re looking at sometime in 2021.

For more updates about Love is Blind and when it will return to Netflix, stay tuned!